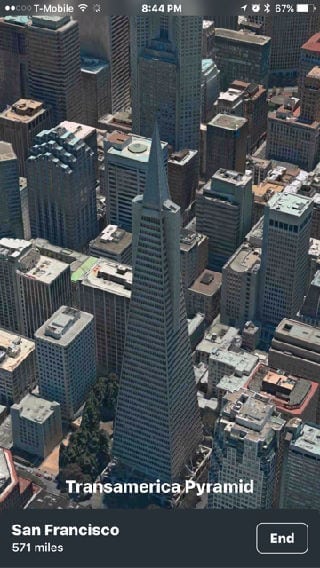 Google Maps was developed by Google back in 2008 and has improved its features over time. Through its features such as Street View and Google Traffic, it has the ability to give you maps of each and every single street. Not only that, you get to know the conditions of the traffic, and know the public transport routes if available. Its competitor is Apple Maps, which can provide instructions to users as well as navigation for public transport. Apple did not receive much appreciation when Maps was released because it had various bugs.

Apple is now putting maximum effort into closing the gap between its own Apple Maps and Google Maps.

Bloomberg has reported that Apple Inc. has plans to introduce drones as well as indoor navigation systems to catch its rival Google Maps.

Robotics and data collection experts have been added to Apple’s teams who would be responsible for the updated map information. Any changes to roads are updated and areas under construction are spotted.

What’s more interesting is that Apple is working to develop a feature for its Maps App that would let users see the insides of different buildings. Indoor.io and WifiSLAM have been acquired by Apple already which would help smooth the process.

“Apple wants to fly drones around to do things like examine street signs, track changes to roads and monitor if areas are under construction. The data collected would be sent to Apple teams that rapidly update the Maps app to provide fresh information to users”, said the Apple representative.

However, there are certain challenges standing in the way of Apple. Current regulations might not allow Apple to collect data of this kind.

A brief overview of the Official commercial drone guidelines states that

Apple might not be able to fly its drones over people and buildings.

However, Apple is focusing on following these guidelines provided by the FAA.

Apple is also seeking help from Amazon’s Air division to help run its own drone team, which would enable Apple to gain help from the experts.

For the people across the globe who have a habit of changing lanes will be excited to know that Apple is incorporating features that would make this easy for end users. As stated by Apple representatives, this will provide users “better guidance for changing lanes while driving.”

Since 2012, Apple has worked day and night to make Maps better.  They got a lot of criticism for the glitches that appeared in the App when they initially introduced it as a replacement for Google Maps. Apple seems to have taken criticism in a positive way and worked harder than before on this project.