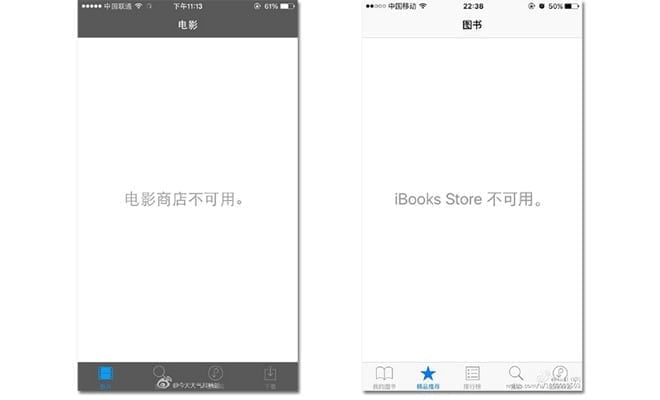 The shutdown was reported to take place last week, seemingly a bad luck charm for the customers as it came just six months after the two services were launched in China. The enforcement of this shutdown was said to be a measure to keep the online content strictly according to their regulations. The various Chinese tech company heads were brought together to discuss this very policy and keep Apple content under their control.

Claiming that it was to retain positivity and legality in their public content, the president called it a “force for good”. His exact reported words were: “China must improve management of cyberspace and work to ensure high-quality content with positive voices to create a healthy, positive culture that is a force for good”.

For Apple, China is one of their biggest consuming countries in terms of income. It’s easy to understand that China is an important centre for their business to prosper especially since Tim Cook saw China closing in on the U.S in the profit earned from the two.

The loss of their services in their online entertainment stores packed a punch to Apple. But despite all the content being taken down, Apple still seems optimistic about, at least in their words.

Apple is showing positivity  however it may be, it all depends on China’s President. It seems Apple isn’t as dominating when it comes to mere policies. Whatever Apple’s next manoeuvre is, it has to be well planned if they want to benefit from their Chinese marketing. Time will tell.