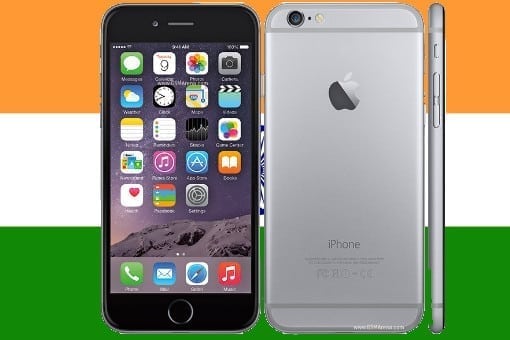 Apple is world famous for making phones that charm each and every one of us all around the world. The exceptions being those who are looking for value for their money. In that case, Apple fails to deliver.

Apple is mainly focused towards premium and that is what they develop upon. In India, they haven’t really been able to survive much because Indians are constantly looking for cheaper phones. There is no doubt about the fact that there are multiple alternatives available to them in the Indian Smartphone market and some good ones.  Regardless, Apple has not stepped back because after all the country has a huge market, and even if a little portion of that is secured, the revenues would be worth it. To cater to the demand for less costly phones, Apple has come up with the idea of resurrecting the Apple iPhone 6 through online retailers in a 32 GB option. Comparing the prices, the iPhone 6 was made available for sale on Amazon and it was available for only $450, translating into 30,000 INR. Apple has only been able to sell 2.5 million phones

To cater to the demand for less costly phones, Apple has come up with the idea of resurrecting the Apple iPhone 6. This would occur through online retailers in a 32 GB option. Comparing prices, the iPhone 6 was made available for sale on Amazon.  It was available for only $450, translating into 30,000 INR. Apple has only been able to sell 2.5 million phones in the Indian market last year. They were shocked to see the lower number of sales because apparently the rest of the world loves their products. Research has shown Apple that consumers are particularly bothered with the price. Hence the step was taken to make the Apple iPhone 6 available, however only in Space Gray.

It is important to know that most of the Indian population can barely afford food, clothing, and shelter let alone an iPhone. Local companies have developed excellent quality phones that are available in the range of $100 to $150. Apple is also planning to manufacture its own phone there because of the availability of cheap labor. This would also let them work closely with the locals. That way they could get to know more about them.

Apple iPhone 6 In Other Countries

The Apple iPhone 6 is back in other countries such as China and Taiwan. The company needs to realize that in order to get more market share they need to know what the market can afford to buy. Instead of producing a premium version of every single phone they make. A good idea would be to introduce less expensive iPhones with only the required and important features instead of going on with the exclusive premium product trend.