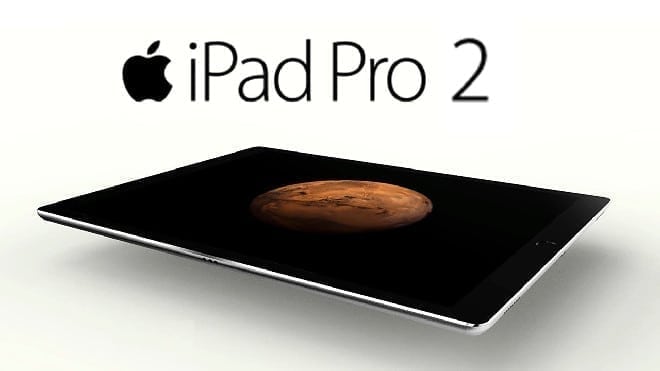 Apple is always the talk of the town and usually, causes massive speculation about its next product. But while the rumors usually talk about Apple’s upcoming iPhone 8, this time the iPad Pro 2 is under discussion. We have speculated when Apple might release their new tablet(s) and we may get some answers soon.

MacRumors reports that Apple’s iPad Pro 2 is not only in its final stages of development, but that we may get a look as soon as next week. Rumors about Apple revealing a device next week have already been afloat for a little while. But today Macrumors suggests that according to Japanese analysts, we will, in fact, get a 9.7-inch iPad Pro next week.

If we do get to see the iPad Pro next week, it would be through a press release. Apple usually reveals their products through media events. However, there haven’t been notifications to the press regarding any such event. Considering that Apple usually notifies the press 10 days in advance before an event, it is believed there won’t be one. ‘

Rumors about the iPad Pro 2 have mostly originated through the supply chain where the stock is running low. This isn’t a confirmation about a new product but it certainly creates a possibility. Judging from the fact that Apple is releasing the new iPad Pro through a press release, we can make some assumptions. Firstly, the iPad won’t be receiving any major changes (which is why Apple is releasing it in a non-descript fashion) and secondly that the product isn’t high on Apple’s importance list.  Apple will likely give the iPad Pro 2 nothing more than optimization and a CPU upgrade. Perhaps these minor changes justify not holding a large event for the product’s release. Four different models have been speculated with an entry level version for education at $299.  We will have until Friday to speculate further.