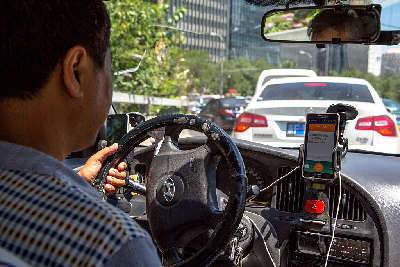 Apple has announced that it will invest $1 billion in Didi Chuxing. Didi Chuxing is a Chinese ride-sharing service. Apple’s CEO Tim Cook said that investing in the Chinese ride-sharing service will “deliver a strong return” on the invested capital in the future and help the company understand the Chinese market. Tim Cook did not further elaborate the reason behind the investment.

New reports suggest that Apple has invested in the Uber competitor service to push itself into the automotive industry. According to The Wall Street Journal  Didi Chuxing is “not only an important ally in a key market but also a rich data source for self-driving vehicles,” which is valuable to Apple amid rumors that it is developing its own electric and possibly autonomous vehicle.

“Didi provides Apple with a rich data source for its self-driving vehicle push. It also could provide benefits to Apple’s mobile ecosystem. Ride-sharing apps are closely linked to payment services, such as Apple Pay. They also can be the foundation for other mobile commerce transactions such as deliveries.

The investment sets up with a potential showdown of firms aligned with Uber, which has taken investments from Alphabet Inc.’s venture capital arm and Chinese search giant Baidu. Both Alphabet and Baidu have invested heavily in autonomous driving technology.”

According to The Information companies like Uber and Didi Chuxing are showing a keen interest in self-driving vehicles since these vehicles would lower the cost by removing the need of drivers. It has been rumored that Uber CEO Travis Kalanick, will be visiting Apple headquarters to “talk about future partnership opportunities,”.

This deal isn’t about the Didi service today. It establishes a future alliance around tech like self-driving cars, where Apple and Google are going head-to-head. Developing autonomous vehicles is the end game for these ride-sharing companies—the move that will help them mint money by cutting out the cost of drivers. Uber has made big investments on that front, as has its partner Baidu. Didi had not. But Apple […] can help.

The Apple Car could be launched by 2020 and is expected to compete with Tesla and Google.