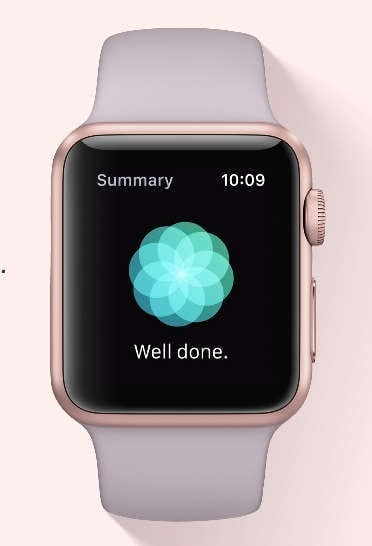 Having problems keeping your cool and relaxing after a hectic day? No worries, Apple has got you covered. Breathe is an all-new app found in watchOS 3. Upon updating, the default settings will have Breathe prompt a user to have a focused breathing session every four hours.

“Breathe” was announced on June 13th as part of the updates Apple showcased for the watchOS3 at this year’s Worldwide Developers Conference (WWDC). The app will be available later this year exclusively for Apple watches

It is hard to argue with the fact that breathing is good for you — after all; it is an autonomic function we need to survive. Even so, with busy schedules and demanding jobs, sometimes we may find ourselves gasping for air.

Breathe is an app that walks users through short deep-breathing exercises. Users can set a timer and have their Watch remind them to breathe at particular times of day, which makes the presence of the Watch an asset. The app can also guide users through breathing exercises using only haptic feedback if they don’t want to look at their screen.

“Simple things like the activity ring can be powerful in helping people change behavior, but we know there’s more to health than fitness,” Apple Director of Health and Fitness Technologies Jay Blahnik said. “So with WatchOS, we’re launching a new app for health. It’s called Breathe and it’s designed to guide you through simple deep-breathing sessions that can help you quiet your mind, relax your body, and better deal with everyday stress.”

Breathing sessions can be set to last between one and five minutes using the Digital Crown on the Apple Watch, and the app provides summaries of each session including the user’s recorded heart rate throughout.

The Breathe app is part of watchOS 3, which will be released as a free upgrade this fall.