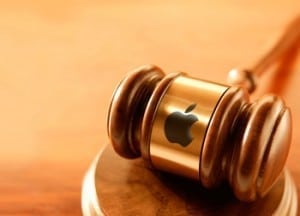 Some time ago it was revealed by Apple that it is nearly impossible for the company to access the information or data present on a passcode-locked iOS devices which are running iOS 8 or later. The tech giant went on saying that even if it were plausible, the company would not feel comfortable doing it as it would tarnish the trust it shares with its consumers hence it might dent their relationship. However, it is told that the Department of Justice has dismissed this argument, saying that Apple should be required to unlock the encrypted data because the operating system, iOS is “licensed, not sold” to customers.

“Apple designed, manufactured, and sold [the phone] that is the subject of the search warrant,” the government told U.S. Magistrate Judge James Orenstein. “But that is only the beginning of Apple’s relationship to the phone and to this matter. Apple wrote and owns the software that runs the phone, and this software is thwarting the execution of the warrant.”

The particular case in which the U.S. government wanted an iPhone to be unlocked is related to executing a search warrant on a suspect charged with possession of methamphetamine. The Cupertino-based company believes that helping law enforcement agencies by decrypting this iPhone would set a precedent that would burden the tech company in the future by taxing its resources, employees, software and equipment. Moreover Apple said, “This burden increases as the number of government request increases”

As expected, the Department of Justice rejected this argument saying that Apple can neither quantify the burden of which it speaks nor it can provide any evidence.

Apart from this, Apple also argues that helping the government with their requests for user data would also mar its reputation to the public due to the fact that now people deem digital privacy a sensitive issue. Apple also believes that this harm to the reputation of the company could have lasting economic impact as well. Earlier we also saw Apple’s CEO, Tim Cook, talking against software backdoors and reiterating Apple’s support for privacy for its consumers. However, the Department of Justice also rejected this argument, stating that Apple failed to provide concrete evidence to support its claims.

The government rejected this argument, saying that Apple offered no concrete evidence that reputational concerns constituted an “undue burden” as defined by law.