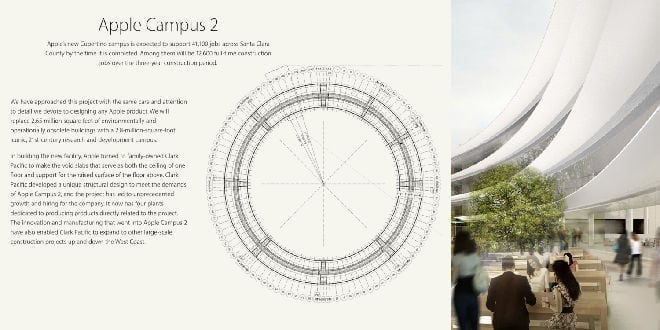 Apple Hiring Ahead Of Move-In

It has been a considerable time since we heard from the Spaceship shaped Apple Campus 2. However, it has again made some waves with news of Apple hiring new staff. First announced by Steve Jobs in 2006, Apple kicked off construction of its new 176-acre “Campus 2” in late 2013.

According to the new job advertisements on Apple’s website, Apple is offering permanent positions at the facility set to become the company’s headquarters. And it seems most of the staff includes professionals that will also aid them for the shifting of Headquarters next year. From “Loading Dock Masters” to Engineers, Apple is hiring a diverse range of professionals.

Earlier Apple had boasted it would create 7,400 new “high-quality” jobs in its hometown of Cupertino by 2016. The total number of jobs supported by Apple in Santa Clara County is expected to be about 41,100, the company claimed in an 82-page report published last year. These jobs are either directly or indirectly dependent on Apple Inc.

This wave of hiring new staff is the first of many; to adequately support the new Headquarters. It has the capacity to house more than 13,000 Apple employees in one building. With recent reports suggesting; even more, employees might be hired. The company also proudly said it was “responsible for creating and supporting 1.9 million jobs” in total around the globe.

Not only that, the construction of the headquarters alone generated 9,200 construction jobs over the past three years. Also providing “one-time” revenue of approximately $38.1 million to the city of Cupertino in the form of construction taxes and fees.

According to the given timeline by Apple, Campus 2 will be ready sometime in 2017.

“This is probably the last product introduction in the town hall that you’re sitting in today…Next year, in 2017, we’re looking forward to moving to our new campus and our new theater there. We expect we’re going to have many, many opportunities to invite all of you to join us there.”