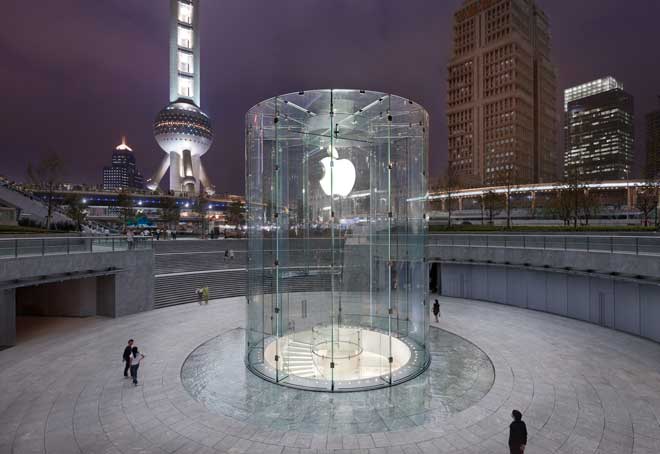 Apple Expands Its Presence In India With 500 Retail Stores

For a long time, Apple focused upon placing its retail stores in North America and Europe. Now that it has considerable presence in these markets and has also focused quite a lot upon China with a high degree of success, the company is turning its attention to India. It is aware of the popularity that Apple products enjoy among the richer sections of the population. It is also aware of the potential of Apple products in India. The company has devised a new retail store program for the large India market. This program is being referred to as the Authorized Mobility Resellers Program and it will see Apple opening up no less than 500 retail stores in 12 cities across the length and breadth of the country.

According to insiders, the proposed retail stores will focus upon iPhones and iPads made by Apple though these stores will also sell 3rd party applications and accessories. Apple has already finalized its partnerships with whom it wants to work on this ambitious retail chain. There are reports that the company has even finalized specific locations inside these 12 cities to open up Apple stores.

One of the exciting features of these retail stores will be the fact that unlike other Apple stores around the world, owners will be allowed to sell iPhones and iPads at discounted prices as is the trend in Indian markets. You can, therefore, expect to get a discount on your favorite iPhone from the owner of the Apple store and no longer will you be forced to buy a product at a fixed MRP. Nowhere in the world can you buy an Apple product through bargain and negotiation with the owners of the shop. This is the first time that Apple has agreed to turn a blind eye to the manner in which retailers sell its products. This is being done to gain a sizeable market share in India.

Apple will control the manner in which products are advertised in India, but selling of the products will be handed over to resellers in these 500 stores. There has been no news on the timeline of this retail program and it is still not clear whether Apple will allow opening of these stores by the end of this year or plans to begin this retail chain in 2016.