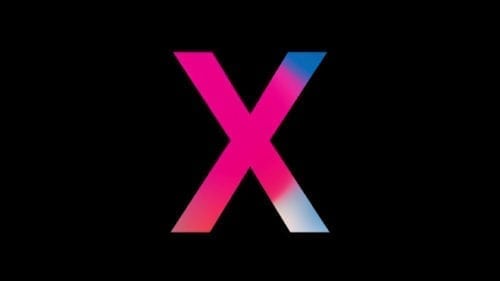 Apple Park is in full swing and teaming with activity this morning September 12th, 2017 for the first ever event in the Steve Jobs Theater.  An introduction with the Beatles, “All You Need Is Love” started the festivities for the most anticipated Apple product introduction.  The new iPhones.

“Welcome to the Steve Jobs Theater” on the screen with a memorable Steve Jobs narrative playing set the mood that reminds us of Apple’s goal to be true to its values. Tim Cook takes the stage and the event begins with reflections of Steve Jobs.

Apple Watch took center stage as the first new product announcement. Sales grew over 50% over the past year.  Tim Cook announced the Apple Watch has become the number one watch in the world.  A video shows how Apple Watch has affected the many lives of people of all ages and walks of life all over the world.

Apple Watch Series 3 with watchOS4 will include GymKit so you can sync with support gym equipment. It has enhancements to the Heart Rate App and now displays both your resting and recovery heart rate.  The app will notify you when it detects an elevated heart rate when you are not being active.

The big news for Apple Watch Series 3  is that is is now cellular. No iPhone necessary.  You can make and receive calls using your existing phone number.  Music streaming from your watch is also added.  The Dual Core processor, allows SIRI to talk on the Apple Watch.  The W2 chip is 50% more power efficient. What’s amazing is that the Series 3 is the same size as the previous model.  This is an incredible accomplishment since the cellular version needs a radio, antennas, a sim and more fitted into that tiny footprint. An electronic sim that is much smaller than a conventional sim is just one of the reasons all this tech can fit in the Apple Watch Series 3. The New Apple Watch Series 3 will ship on September 22

Apple received its 2nd Emmy for Apple TV this year. The new Apple TV 4K will bring the cinematic quality to your TV viewing. Two big advancements, 4X the pixels of HD with HDR.  An A10X chip that is 2X faster than the existing Apple TV.

Content in the iTunes Store is being upgraded to 4K.   Existing 4K content on Netflix and Amazon Prime will also be available on Apple TV 4K.

One innovation after another over the years has brought the iPhone to where it is today.  iPhone 8 and 8 Plus have a new design that includes front and back glass, a retina display. 3D touch and True Tone are built into the display.  New stereo speakers.  The A11 Bionic is the new powerhouse with 64 bit 6 core. Apple designed GPU designed to accelerate graphics.

The iPhone 8 Plus has two cameras. A new creative feature in Portrait mode for changing lighting effects..  iPhone 8 Plus also has the highest quality video capture.  4X at 60 FPS.  SlowMo at 1080P at 240FPS. The iPhone 8 is the first smartphone designed for AR.

iPhone 8 and 8 Plus will ship September 22nd.

iOS 11 will be available on September 19th

iPhone X has front and back glass and a stainless steel band. It is water and dust resistant and comes in space gray and silver. A Super Retina OLED display with True Tone measures 5.8 in, with a resolution of  2436 X 1125.

Swipe up to get to the home screen.  Swipe up from anywhere to return home.

Unlock iPhone X with Face ID. Just look at your phone to unlock it. The True Depth camera system at the top of the device makes this possible and it is pack with technology.

Control Animojis with your face, add your voice then create and share from within Messages.

The price of the iPhone X barely hit the $1,000 mark and will sell for $999. Order beginning Oct 27th and ships a few weeks later.

We will be covering all of these announcements in more detail in upcoming articles but this is what we saw in a nut shell. Apple did not disappoint.