It’s no secret that Apple is a major advocate for improving education in the US.  Their partnership with the government in the ConnectED program and the hundreds of scholarships, they award yearly and now with Swift Playground.

Apple’s Scholarship program has been an annual event for some time now.  The winners receive not only a scholarship but an invite to the WWDC event in San Francisco.  It is unclear to me at this writing if the program will continue in 2017. We may learn more in November which is when the program was announced last year. 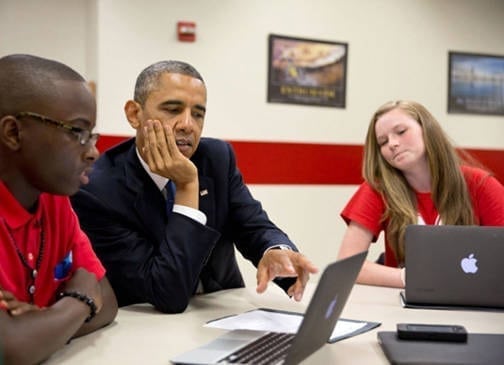 Apple has partnered with President Obama’s ConnectED initiative. The company has pledged $100 million for teaching and learning solutions.  This support has been provided to 114 underperforming schools throughout the country. With an Apple TV in every classroom, an iMac and iPad for faculty and 50,000 iPads for students.

Tim Cook is quoted as saying, “We’re donating an iPad to every student, a Mac and iPad to every teacher, and an Apple TV to every classroom. And we’re implementing a process that provides planning, professional learning, and ongoing guidance so every school can experience the transformational power of technology.”

Of the 114 schools participating in this program, 87 of them required upgrades to their to network infrastructure. On average Apple has sent 20 team members to each of these schools who have installed each school’s wireless infrastructure. Apple has also provided a series of workshops designed specifically for educators. This is to help them integrate iPad, Mac, and Apple TV into their curriculum and lessons.  There is even the Classroom App for iPad which is basically a teacher’s assistant.   You can read more about it here. 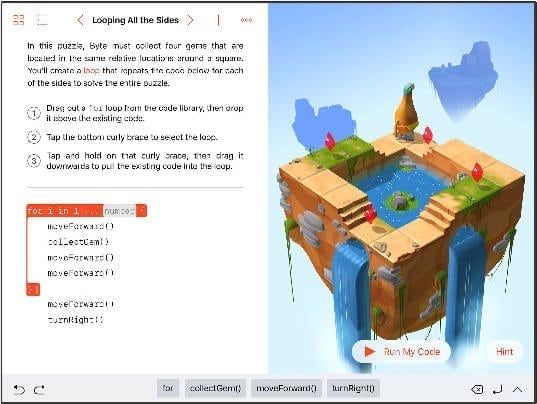 …is a powerful programming language Apple developed and introduced last year.  Swift Playground is designed to engage and introduce young people to coding. It makes learning to code fun and interactive. Since Swift Playground requires no previous knowledge of coding it is perfect for beginners wanting to learn how to code. At the same time, it provides seasoned developers a way to quickly bring an idea to life.

A built-in library of lessons designed by Apple is included, with new ones added over time. Once you’ve learned the basics there are new challenges that take you deeper into the skills needed to become an app developer. Swift Playground is an iPad app that is due this fall. Check out the demo video.