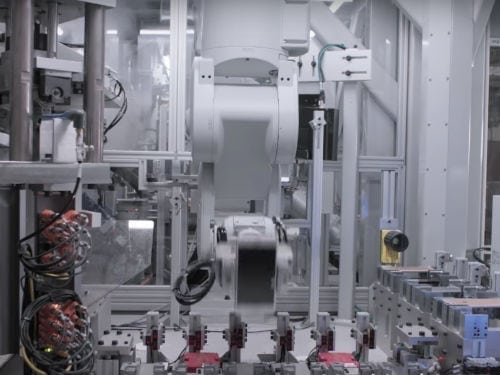 Earth day is a special tradition that is especially revered by Apple.  About this time back in 2016 we wrote about Liam, Apple’s iPhone recycling robot.  It really demonstrated Apple’s desire to recapture and recycle the valuable materials used in the devices. It also shows Apple’s commitment to having little impact on the environment while demonstrating how sustainable manufacturing is done.

Apple continues to add to its environmental clout with a number of initiatives. One being its charitable donations, specifically for devices they received as part of Apple GiveBack program. Through April 30th, Apple will make a donation for every Apple product brought in for recycling. The funds are being donated to Conservation International. This organization is focused on protecting the environment. Conservation International has an impressive track record that spans 77 countries and thousands of acres.

The CEO of Conservation International, Dr. M. Sanjayan said, ”We are thrilled to have Apple’s support for Conservation International’s critical work to protect nature for people everywhere,” He also said the organization “is proud to partner with Apple in giving consumers a great reason to join our movement.” “Apple’s efforts to use recycled materials in its products represent the future of sustainable manufacturing,” Sanjayan adds. “Apple is showing the world how it’s done.”

Lisa Jackson, Apple’s vice president of Environment, Policy and Social Initiatives said, ”At Apple, we’re constantly working toward smart solutions to address climate change and conserve our planet’s precious resources,” “In recognition of Earth Day, we are making it as simple as possible for our customers to recycle devices and do something good for the planet through Apple GiveBack.”

Another major environmental initiative from Apple is the introduction of Daisy. Daisy is the company’s latest device disassembly robot.  Daisy actually uses some of Liam’s parts so in a way Liam lives on in Daisy.  Check out Daisy at work in this video.

Apple also kept a promise to have all of its stores and offices powered by reusable energy and announced this on April 9th. I’m sure our current EPA doesn’t appreciate this accomplishment, but we here at CupertinoTimes sure do. Way to go Apple!