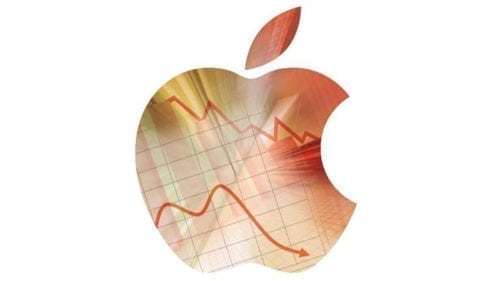 Apple has exceeded expectations again. The results have been announced in the Apple Earnings for Q4 Call to its Investors. Even with speculation of delayed delivery of iPhone X the numbers are in and the quarter brought increases in every segment of Apple’s business.  There was talk about the excitement around AR and the expectation for its future application and growth. Apple’s Luca Maestria spoke of a partnership with GE (General Electric). Lot’s going on at Apple.  There is no sign of this company resting on the strength of it successes but rather actively moving full steam ahead.

“Good afternoon, and thanks to everyone for joining us. As we closed the books on a very successful fiscal 2017, I have to say I couldn’t be more excited about Apple’s future. This was our biggest year ever in most parts of the world with all-time record revenue in the United States, Western Europe, Japan, Korea, the Middle East, Africa, Central and Eastern Europe and Asia. We had particularly strong finish this year, generating our highest September quarter revenue ever as year-over-year growth accelerated for the fourth consecutive quarter. Revenue was $52.6 billion, above the high end of our guidance range, and up 12% over last year. We generated revenue growth across all of our product categories and showed all-time record results for our Services business.”

“As we expected, we returned to growth in greater China, with unit growth and market share gains for iPhone, iPad, and Mac. In fact, it was an all-time record quarter for Mac sales in mainland China as well as an all-time high for Services revenue. And revenue from emerging markets outside of greater China was up 40%, with great momentum in India, where revenue doubled year over year. We also had great results in enterprise and education with double-digit growth in worldwide customer purchases of iPad and Mac in both markets.”

“Gross margin for the September quarter was at the high end of our guidance range, and thanks to exceptional work by our teams, we generated record fourth quarter earnings per share of $2.07, up 24% from a year ago. iPhone sales exceeded our expectations. In the last week and a half of September, we began shipping iPhone 8 and iPhone 8 Plus to customers in more than 50 countries. They instantly became our two most popular iPhone models and have been every week since then.

As we speak, the launch of iPhone X is now underway as stores open across Australia and Asia. iPhone X is packed with innovative new technologies that chart our path for the next decade, technologies like the TrueDepth camera system, Super Retina Display, and A11 Bionic chip with neural engine, which has been in development for years with a focus on deep machine learning. iPhone X enables totally new experiences like unlocking your iPhone with Face ID, taking photos with studio-quality lighting effects, or playing immersive augmented reality games. We can’t wait for people to experience our vision of the future. Orders have already been very strong, and we’re working to get iPhone X into customers’ hands as quickly as possible.”

Congratulations on Apple earnings for Q4 2017.

You can read the entire transcript on seekingalpha.com

If you wish to listen to the entire call to investors click here.