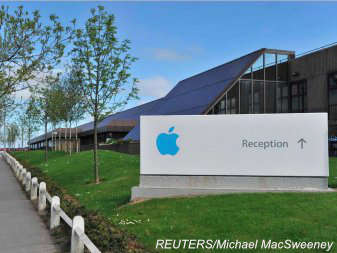 According to a report by Bloomberg, Apple has denied getting unfair tax state aid in Ireland. Apple vice president of European operations in Cork, Ireland, Cathy Kearney was called before the European Union to explain the fiscal affairs of the company in Ireland. The company has however denied the allegations and has made it clear that the company pays all its taxes in the country.

Bloomberg reported that Kearny made the following statement in the EU case “We feel that we’ve paid every cent of tax that is due in Ireland. We don’t feel that there has been state-aid involved and I suppose we look forward to that outcome happening at the end of the day and being vindicated in that way. I would say that the Irish government also agrees with that view.”

Vice president Cathy Kearney, further added that Apple will remain committed to Ireland no matter what the outcome of the European Union case is. Apple has about 8 billion dollars at stake in this case and the company has itself accepted that the ruling for the case may go against them. There is a lot of evidence against the company in this case.

The hearing was a personal relations exercise and the committee did not have any power to make changes. It is unlikely that the result of this case would be heard soon since the formal investigation will fall into Apple’s European tax affairs which will take time.

The European Union has already made the decision on the cases of unfair subsidies given to Starbucks Corporation and Fiat Chrysler Automobile NV unit in the Netherlands and Luxembourg. The EU has ordered the countries to recuperate 30 million euros ($33.3 million) of the unpaid taxes by the companies. Apple and Amazon are next in line in EU cases of unfair subsidies.

European Union Competition Commissioner Margrethe Vestager is also looking to include McDonald’s Corp. for its affairs in Luxembourg in the list of her investigations. Furthermore, Alphabet Inc may also make the list of investigations for the 130 million-pound ($184 million) tax deal with the U.K.