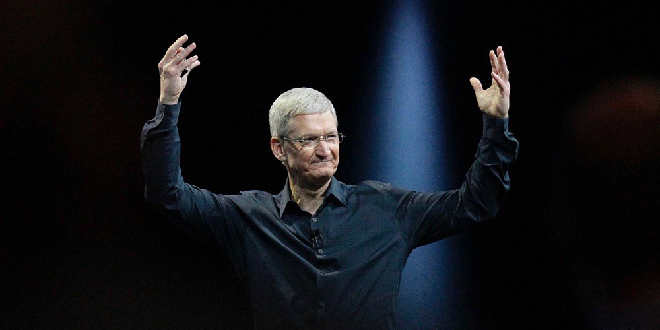 Apple CEO, Tim Cook called on the government to withdraw its demands in the legal arena and have a dialogue on the issue.

“We feel the best way forward would be for the government to withdraw its demands under the All Writs Act and, as some in Congress have proposed, form a commission or other panel of experts on intelligence, technology and civil liberties to discuss the implications for law enforcement, national security, privacy and personal freedoms,” Cook said. He noted the support of people from all over the country and walks of life through messages received which number in thousands.

Last week, Apple was ordered by a U.S magistrate judge to comply with the FBI in unlocking an iPhone by creating a backdoor into iOS. The iPhone in question belonged to one of the people implicated in perpetrating the San Bernardino shootings. Cook noted that critics say that the company should “roll back data protections to iOS 7” so that the data on the phone can be accessed. Cook is against this because he believes that this would set a bad example if law enforcement needed access to data in the future and would compromise the security of all iOS users. “Starting with iOS 8, we began encrypting data in a way that not even the iPhone itself can read without the user’s pass code, so if it is lost or stolen, our personal data, conversations, financial and health information are far more secure,” he wrote. “We all know that turning back the clock on that progress would be a terrible idea.”

The government has been having issues accessing the data since it was revealed that the pass code linked to the Apple ID on the phone had been changed. If the pass code had not been changed then on connecting to a known Wi-Fi network iOS would automatically upload a copy of the data to iCloud from where it could be recovered by Apple. However, now there is no other option but to access the phone through bypassing the code on the lock screen. Apple says that this is only possible by creating what some would call a backdoor into iOS.