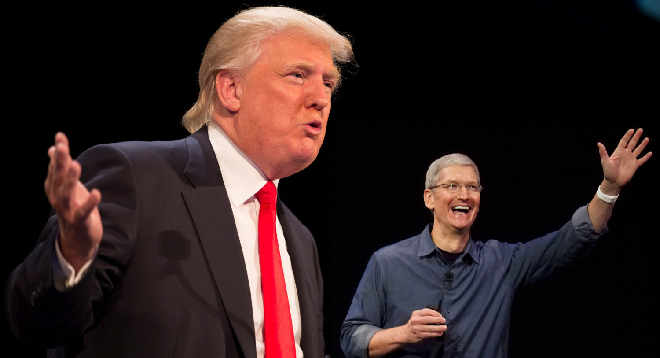 The American Enterprise Institute’s annual World Forum in Georgia hosted prominent personalities in the world of politics and technology. According to the report, the meeting was situated off the coast of Georgia at a private island resort and included Tim Cook, Google co-founder Larry Page, Sean Parker, and Elon Musk. The other participants were Mitch McConnell, Karl Rove, House Speaker Paul Ryan, Tom Cotton, Cory Gardner, Tim Scott, Rob Portman, and Ben Sasse. Bill Kristol, who is the editor of The Weekly Standard noted in his report how the presence of Donald Trump loomed over the discussion between the leaders. “

The key task now, to once again paraphrase Karl Marx, is less to understand Trump than to stop him,” Kristol wrote. “In general, there’s a little too much hand-wringing, brow-furrowing, and fatalism out there and not quite enough resolving to save the party from nominating or the country electing someone who simply shouldn’t be president.” However, sources close to the report say that the focus of the meeting was not so much as stopping Trump from winning the Republican nomination but discussing the mechanics of how he had risen to power.

Aside from the political discussion regarding Donald Trump, the participants of the meeting also “fiercely debated” cell phone encryption. According to one of The Huffington Post’s sources “Cotton was pretty harsh on Cook.” It was added further that the discussion on encryption had become so heated that the participants became uneasy. Apple was ordered by a U.S magistrate judge to comply with the FBI in unlocking an iPhone by creating a backdoor into iOS. The iPhone in question belonged to one of the people implicated in perpetrating the San Bernardino shootings. Cook noted that critics say that the company should “roll back data protections to iOS 7” so that the data on the phone can be accessed. Cook is against this because he believes that this would set a bad example if law enforcement needed access to data in the future and would compromise the security of all iOS users in the future.