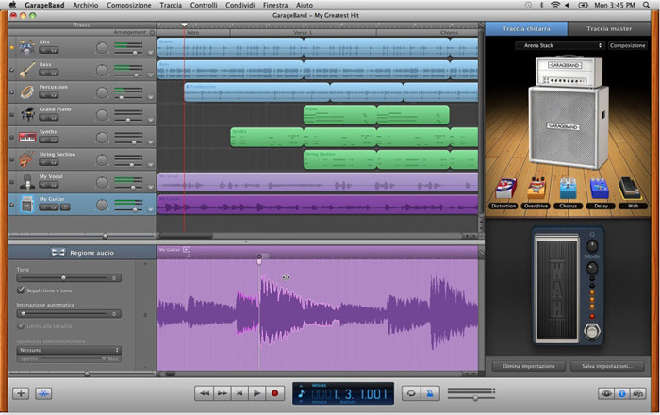 Apple has announced the addition of Chinese instruments to GarageBand. GarageBand is a popular app that allows users to create music for Mac and iOS. This upgrade is designed to celebrate the “rich history of Chinese music.” “Extensive Chinese language localization” has also been added as a part of the upgrade.

Apple announced in a press release, the addition of traditional Chinese instruments such as erhu and pipa. The upgrade also includes Chinese drumming instruments such as wood blocks, cymbal, drums, and gongs. As a part of the upgrade, Apple has added 300 Chinese musical loops to the app.

“GarageBand is the most popular music creation app in the world. We’re excited to introduce these new features that incorporate the rich history of traditional Chinese music,” said Susan Prescott, Apple’s vice president of Product Marketing. “By adding classic Chinese instruments and new Live Loop templates, the new GarageBand app makes it fun and easy to make Chinese-inspired music right on your iPhone, iPad or Mac.”

All instruments feature different versions for playing such as note bend and rapid picking for pipa and trill, glissando and grace note for erhu. Many different instruments and styles have been used by Apple to create music loops . These include yangqin, guzheng, Peking Opera and dizi. These music loops can be used with the newly added instruments to create new sounds. The update for iOS version also includes new sharing options for Chinese social networking sites and Chinese templates for Live Loops.
These new instruments are automatically enabled in Greater China for iOS and Mac users. These features will also be automatically enabled for Mac users outside Greater China. However, iOS users outside Greater China will have to enable these features through the advanced settings menu.
JJ Lin the famous Chinese musician, posted a video on YouTube featuring him and Tim Cook using the new GarageBand app.

You can download the app from App Store for $4.99. Create music with the new instruments available on the app and let us know what you think about them in the comment section below.