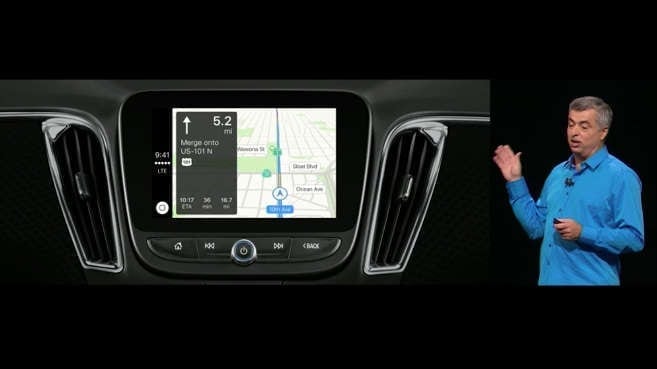 Apple CarPlay is the ultimate co-pilot. It is a smarter, safer way to use your iPhone in the car. CarPlay takes the things you want to do with your iPhone while driving and puts them right on your car’s built-in display. You can get directions, make calls, send and receive messages, and listen to music, all in a way that allows you to stay focused on the road. Just plug in your iPhone and go.

In the World Wide Developers Conference, the company announced a number of updates for its CarPlay in-car infotainment platform. The IOS 10, that is planned to be released later this year, will allow CarPlay to make use of the new updates to Siri as well as the updated Apple maps.

CarPlay has been adopted pretty widely by the automakers around the world ever since its launch in 2014. But, there are still some companies like Toyota that are still holding out. The main competitor for apple is Google’s Android Auto and there were major upgrades to it recently so it was only logical for Apple to make the required updates in order to stay up to par with them.

The Apple personnel are opening Siri up to the developers. They would add messaging support for different platforms such as Slack and Whatsapp. They are also planning to add VoIP calling over the platforms such as Spark, Vonage and even Skype. This combined with the big update to Apple Maps will allow the users to easily search for services along the roadside during their route. This will also allow the users a cleaner user interface and live traffic updates.

The new interface is much more user friendly. While driving and nearing a bend, the map automatically zooms in and when you are on a straight stretch, it automatically zooms out. It also allows you to pan further along your route and check the traffic conditions. It is estimated that this new update will greatly increase the customer satisfaction rate in the coming months.