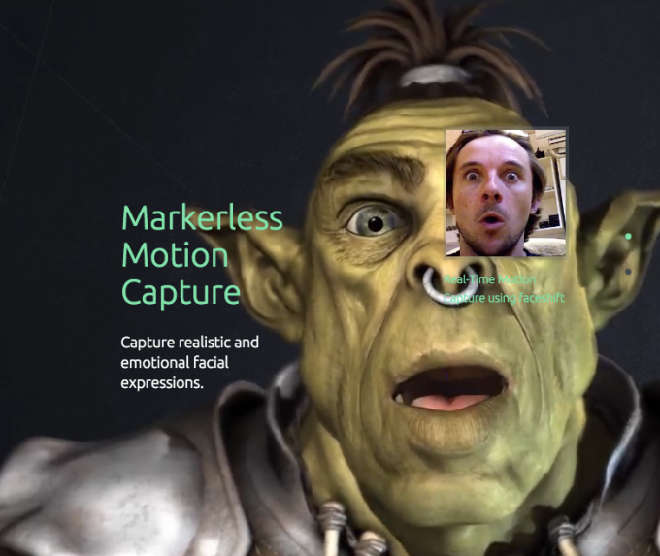 Now I hope all of you remember that a few months ago we broke the news that Apple might be looking to acquire a certain Zurich, Germany based company called FaceShift because, as cliched as it sounds, we certainly called it!

In a statement to technology blog TechCrunch, Apple confirmed that it has indeed bought the company which will give them proprietary technology for real-time motion capture that was used in the latest Star Wars film and is currently in production of a number of high-profile video games.

The statement seems to be ambivalent to us, but Apple confirmed its acquisition of the firm in the following words “Apple buys smaller technology companies from time to time, and we generally do not discuss our purpose or plans.” Certain employees of FaceShift are now working for Apple out of Europe.

This move of Apple has certainly kindled the imagination of people as there are certain rumors about why exactly did Apple buy this company. Is Apple going to allow people to converse as real time avatars during all FaceTime chats? Perhaps! Only time will tell, however.

FaceTime’s real-time motion allows characters in games and movies to mimic the facial expressions and features of humans. FaceShift may also use the same technology for identification and security purposes. The company’s main product, facial motion capture software, was hailed as revolutionary. According to its website (which was taken down following news of the acquisition) “Faceshift studio is a facial motion capture software solution which revolutionizes facial animation, making it possible at every desk,”.

Apple already has stakes in the motion capture, facial recognition and augmented reality stratosphere as it has already acquired three European companies that dealt in these areas.  PrimeSense, Polar Rose, and Metaio are all weapons Apple carries in its arsenal and the latest acquisition of FaceShift will certainly complement these technologies and expand the capability of the company in these areas.

Faceshift was originally founded in Zurich by academics Thibaut Weise, Brian Amberg and Sofien Bouaziz. It was a spinoff of the Computer Graphics and Geometery Lab of the  École Polytechnique Fédérale de Lausanne in Switzerland. The school also owned two of FaceShift’s patents which were transferred back to the company just before it was acquired by Apple in August of this year.