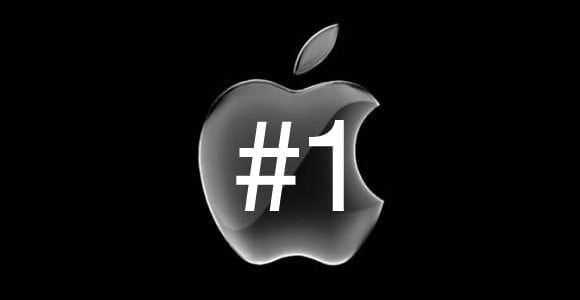 At the end of the fourth quarter in 2015 Google’s parent company, Alphabet had dethroned Apple as the top company in the world. But Apple has become the world’s most valuable company again. Alphabet’s market capitalization was predicted to reach $540 Billion. A few days ago Google was trading just shy of $800. Whereas for Apple, it has been the most valuable company in the world for three years running after taking over from Exxon Mobil. They first launched themselves into the position in 2011 and all throughout 2012 before being unseated in 2013 only to take the lead again later that year.

At the closing of the markets Google had $517.6 billion in market capitalization while Apple was at $538.7 billion. After hours though, Google seemed to have obtained a sizable boost which made it big enough to take the top spot from Apple for the first time since 2010. Two days later, however, Google’s stock seems to have recovered from the strong winds of change and is back down. This means that Apple has reclaimed the title from Alphabet, at least for now.

When the markets closed, Google’s parent company was trading at $726.95, a decrease of 4.93 percent compared to yesterday, which means it has a market cap of $499.94 billion. Apple’s stock had seen an increase of 1.98 percent at the market’s close, giving it a market capitalization of $534.22 billion. The drop in value is not surprising as it has been tough for all tech sector companies as of late. Tesla, Yahoo, Netflix and Amazon had all seen a downturn at the close of markets yesterday.

We will probably see the title change hands many times between the two as the competition is stiff. However, the earnings for the final quarter of 2015 have already been announced meaning that is the information that investors will use. Another major factor may also be how Apple fares after its event in March. Apple is preparing to lift the curtain off new iOS devices, namely the much touted 4-inch iPhone and the iPad Air 3. Apple although, seems to have joined hands with Hermes and we may be seeing a new line of watch bands.