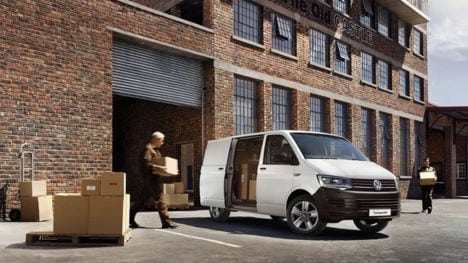 In a report from the New York Times, it was stated that Apple entered into an agreement with the Volkswagen Group. Apple’s autonomous systems software will be paired with a number of Volkswagen T6 Transporter vans.  These vans will be located on the Apple Campus. They will be used to shuttle Apple employees around the campus. It was not made clear if this deal will move beyond the Apple Campus.

No-Go For Mercedes-Benz and BMW

Efforts to make a similar deal with Mercedes-Benz and BMW reportedly did not materialize. According to the Times’ sources—

Apparently, Apple wanted the car companies to turn over all data and some of the design details of the cars.

Go With What You Know – Software

It has been widely reported that Apple abandoned efforts to build its own branded car years ago. Instead, their focus changed to developing what they do best, software.  The company’s self-driving software could be licensed to automakers with more experience building cars.

According to multiple unnamed sources, the current project to build shuttle buses with VW is

“behind schedule and consuming nearly all of the Apple car team’s attention.”

Tim Cook, Apple’s CEO told Bloomberg’s Emily Chang back in June that they are “focusing on autonomous systems,”

This was also indicated in a letter to NHTSA (National Highway Traffic Safety Administration) back in December. The letter was from Apple’s director of product integrity, Steve Kenner.

“Apple uses machine learning to make its products and services smarter, more intuitive, and more personal. The company is investing heavily in the study of machine learning and automation, and is excited about the potential of automated systems in many areas, including transportation.”