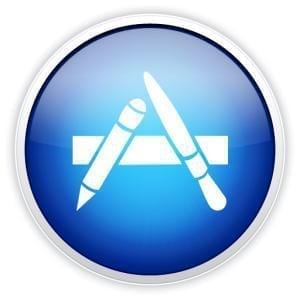 Apple has finally announced the inclusion of ad search in order to improve its app review process. Apple has business in reviewing apps designed for all platforms (OS X, tvOS, iOS, and watchOS) for confirming their linearity with Apple standard for content, privacy guidelines and all the other features. Following the example of Google app and Facebook, Apple is now introducing the choice of paid subscription to app developers to promote their apps in addition to paid ad search. With this version, ads will start appearing in search results with the launch of beta version this summer.

Search ad will prove to be an effective way of promoting apps with the app store search results. It will assist people in finding and engaging with your app. However in order to ensure search safety for customers, Search Ads has introduced a standard that shall judge the ads as relevant while remaining in the accepted terms of privacy.

Search Ads will be very similar to Google Search on account of the fact the ads will be the top listings of the search executed. They will also be explicitly marked as ads. The ads will be filtered to be relevant to search keywords, and this prospect will be given weight age compared to ad-spend. This will ensure that developers do not get better ad ranking by buying more ads. In addition, the ads will comply with Apple security standards and the user’s privacy will be maintained.

Since its launch, Apple App Store has grown enormously and the apps are now facing a serious problem of being buried in the search results According to the apparent plan, this feature will assist the developers in growing their business and getting new customers on the app store. However including ads in search results will not mean an enormous list of ads on the top and bottom of every search. There will probably be just one ad per search.

According to Ben Jones, The Honest Company’s Chief Digital Officer, Search ad will effectively cater the problem of app discovery which is the chief issue app developers face nowadays. Though it is feared that Search Ad might get plagued by SEO and search tricks as google.

Target advertising means structuring an ad in such a way that it is aimed to gain a certain type of customers, like Pinterest, is targeting to gain male audience since it is deemed popular among just women. If a customer wishes to limit the ‘targeted’ ads since it creates a lot of confusion over the authenticity of the app, Apple has included the feature that will allow the customer to limit the ad tracking. All the customers will have to do is to go to settings and turn limit ad tracking on.

Of all the new features being introduced in Apple App Store, Search Ad is deemed to be the most controversial. However, it is also predicted that it will be the chief factor affecting app downloads from the app store in the time to come.