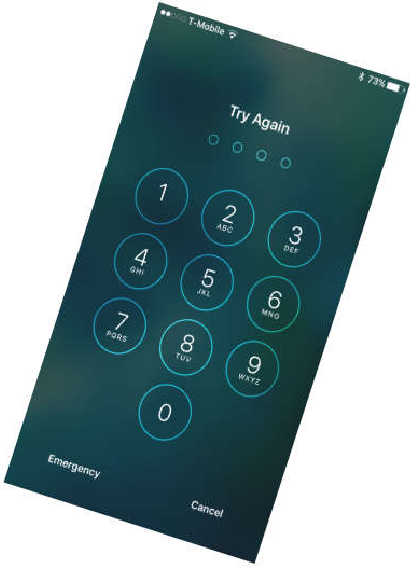 As it has been widely reported that Judge Napolitano, a California federal judge is ordering Apple to unlock the iPhone used by one of the San Bernardino terrorists, Syed Rizwan Farook. The phone is actually owned by the local government office that the terrorist worked for, the San Bernardino Department of Health, who have given the FBI permission to search the iPhone.

Tensions between the government and Silicon Valley over this issue have been building for some time and this case between Apple and the FBI will likely set precedents for future cases.

The government’s position is that their interest is in one iPhone not all iPhones. The FBI needs to look at emails, texts, location data or any other potential evidence that may expose other terrorists.

Apple has successfully eliminated any backdoors into their iPhones. Apple’s position is that a backdoor does not currently exist and if they were to create a backdoor to by-pass the iPhone’s encryption that they would be putting all iOS device user’s personal data at risk. And if they made an exception this time, they would be setting a precedent that would allow this to occur again and again.

In an open letter to its customers, Apple CEO Tim Cook articulates their position. It starts by stating, “The United States government has demanded that Apple take an unprecedented step which threatens the security of our customers. We oppose this order, which has implications far beyond the legal case at hand“.  Read Tim Cooks letter in its entirety here.

Apple is running out of time to comply with the court order. A legal fight can be drawn out and go to the Supreme Court. The courts could apply pressure claiming obstruction that could include high fines and possible jail time.

Tim Cook is stedfast in his resolve to hold his position which is shared by most other tech giants, like Google, Microsoft, Twitter, and more.

I’m really torn by this issue. On one hand, in light of what we have learned about the NSA recording every phone call and email of all of us, I can fully understand why there is so much distrust of the government in this matter.  On the other hand, acts of terror have cost us all a lot over the years.  Our privacy and personal data could be the next casualty.

This article is linked on our Facebook page.  Feel free to join the discussion and voice your views on the subject on Facebook or in comments below.