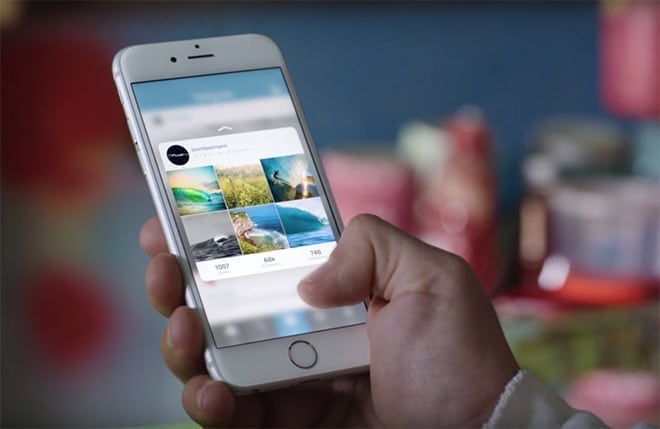 Apple ads are engaging. The company shared a new advertisement for the newly released iPhone 6s and iPhone 6s Plus. The focus of the advertisement is on the amazing new features that the device offers which is 3D Touch. In the advert, the company has highlighted the number of uses of the new feature along with small and brief explanations of the method of using it.

A new feature for the iOS device is called as the “Peek and Pop” method. The advert has a humorous and approachable tone. The advert shows how 3D Touch can be used to quickly access playlists of your music, check a map for a restaurant in the messages app, preview a link in Mail app and Instagram profiles as well as checking flight tracking via a flight number. Jamie Foxx, who is a well-known singer and actor, also makes a cameo in the advert during the sequence which shows how to preview the contents of an album using 3D Touch. He uses Force Touch to preview his own new album entitled “Hollywood: A Story of a Dozen Roses”.

The tagline of the advert is that “The only that’s changed is everything.” This is a well used and well known Apple tagline which has been in use for both models of the iPhone.

Apple also shared new adverts for the Apple Watch earlier this month. The advert focused on showing the health feature and the navigation and communication feature of the device. Apple is now expected to gearing into releasing even more adverts as the holiday’s shopping season approaches.

The narrator is an actress named Lake Bell. The video has been uploaded to Apple’s YouTube account as well as Apple’s official website. The iPhone 6s and the iPhone 6s Plus models have seen record-breaking sales figures. Apple has recorded that an estimated 13 million unit order have been launched. Because of the ever increasing popularity of iPhone 6s, Apple is trying to get the mobile device introduced into 130 countries by the end of this year. 3 countries are going to open and kick off sales of the device by tomorrow (India, Malaysia and Turkey).