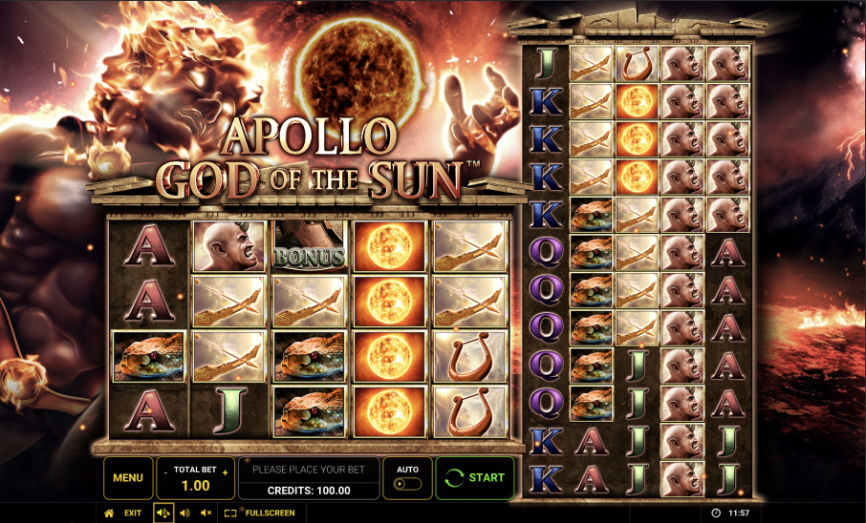 Greek mythology is filled with gods and goddesses. If you are a follower of that mythical era, Apollo God of The Sun is a game that is especially for you.

We know our internet is filled with a lot of games. Some of these games have an online play option, while a few are only available after a download. But only limited games can interact with historical myths and fuse them into a reality.

One of the best things to interact with other humans for us is bars, clubs, and pubs. Whenever we go to these places, we’ll find a common thing: a slot machine. These slot machines offer many types of games, and if we are successful, most of the time, it ends up in a prize.

But we know that due to the current pandemic, we aren’t visiting public places like past. Thus, the slot machines are not closer to us anymore. This situation can’t take the slot games away from us anyway. One of the biggest companies in the world, Novomatic, is stepping into the gaming world with its slot games, like Apollo God of The Sun.

Apollo God of The Sun – Introduction

Apollo God of The Sun is a mythical-themed slot game that takes you back to the Greek era with its looks. This game by Novomatic is a virtual presentation of slot machine games.

One of the top reasons for the fame of the game is its theme and overall feel.

The game has a mythical theme, and the whole gameplay reflects the same situation. Unlike the other slot games by Novomatic, you will find Greek gods, Sun, and other mythical symbols in the game. Also, the sound of this game takes you to a fictional Hollywood movie. Each character of the game, when triggered, makes a different sound. The reels, the spins, and the symbols all produce a dramatic effect. Thus, grabbing all the attention of the visitor.

Apollo God of The Sun – Gameplay

The gameplay of this slot game is easy and needs no special skills. But unlike the other games, this slot game has two sets of reels. The game has 100 pay lines. If you have wilds stacked in the first set, they will be transferred to the second. This process is to boost your winning potential. Also, the game provides you with a free spin option as well.

The two sets of the reel that you find in the game reflect the Greek mythical era. The reels are two buildings, and these buildings also have symbols of the Greek period. There are demons, snakes, golden bows, and arrows as well in the game.

Unlike the other slot games, Apollo God of The Sun takes care of the betting process. The company ensures that you aren’t losing too much money in the game. So, there is a limit of maximum bet at a time. You can bet 200 Pounds in a single bet and can’t exceed the amount.