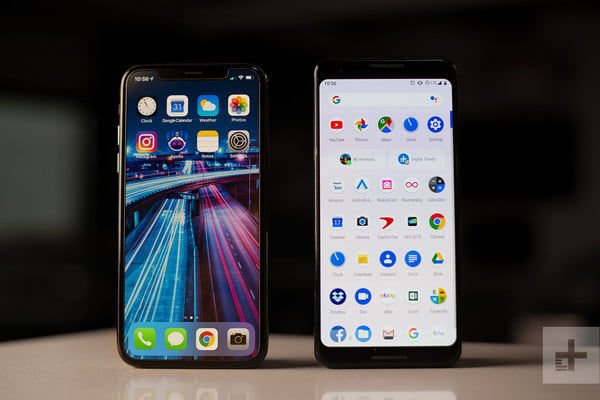 While deciding to build a mobile app, the first thought which comes to the minds of most of the developers is whether to launch the app on iOS or Android. As both operating systems work differently and have a different consumer base, it is essential to understand the pros and cons of each platform. Although it might be tempting to build an app for both, experts advise choosing one platform to start and then move on to the second. If you are unable to pick the right platform for your mobile app, the below guide will help you decide which store to develop for first.

Before choosing an ideal operating system for your mobile app, it is essential to clearly define the ultimate goal of your app, and which audience fits perfectly in your business model. While Android devices rule the global market share of mobile phones, Apple leads the App Store for maximum customer spending. Additionally, Android has gained wide popularity in developing and low-income economies, whereas iOS is more famous in developed countries like North America and Western Europe. Thus, it is important to consider your target audience’s demographics and geographic characteristics before building your app.

If you need to have an app developed and looking for the best app developers in Seattle, check out Sandcastle.

While deciding the strategy of building a mobile app, it is also important to define a monetization strategy that will help you earn profit through your app. The most common money-making strategies for a mobile app include subscriptions, in-app purchases, pay per download and advertisements. It is observed that despite having fewer users as compared to Android, iOS is a more lucrative option to earn more money through in-app purchases. On the contrary, Android users are less willing to pay charges for apps, which makes a great demand for free apps with in-app ads. Thus, Android apps can gain successful profits through advertisements.

Another noteworthy feature to be considered when building an app is its project timeline. Usually, developing an app for the Android operation system takes more time as it has a longer device fragmentation rate and longer release cycles. This is because there is a wide range of phones available in the market which work on the Android operating system and these devices come in different screen sizes and have varied Android versions running on them.

On the other hand, Apple has sole ownership of its hardware and software. Also, the number of iOS devices in use are currently less than Android devices. However, while it is less time consuming for building an app for iOS, the developer might have to wait for the approval due to quality expectations and strict regulations of Apple.

The cost of building a mobile app greatly depends on the scope and complexity of the project. While iOS and Android do not greatly influence the budget of developing an app, the factors such as the number of the targeted audience, available time and resources affect the budget. So, whether you have a small budget or a big budget, the cost of developing an app will be almost similar on both Android and iOS platforms.

More on this topic: 2019’s Top Unique Mobile Application Ideas That Will Succeed