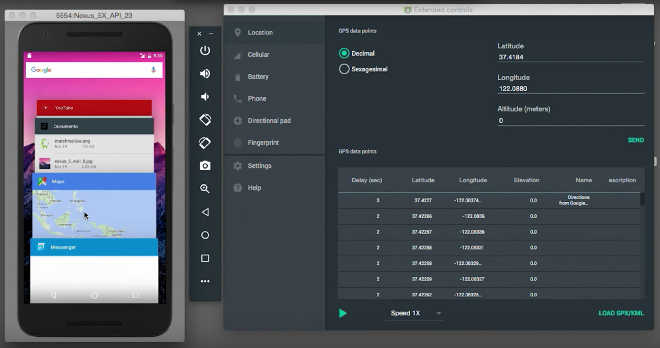 It was in 2013 that Google launched its first Integrated Development Environment (IDE) by the name of Android 1.0, with the sole purpose to improve and simplify the process and experience of building apps for smartphones. Android Studio 2.0 is the latest edition to this IDE family, with which Google aims to make the app development experience an even more visual process, with the app builder fully aware of all the back-end changes that he’s making.  Android Studio 2.0 is not only faster, but it also features an entirely new set of productivity tools for app development. This app developing setup from Google provides the simplest coding environment that the user can ask for. Not only does it have code editor and code analysis tool, but it also comes with emulators for all of Google’s Android platforms.

Of the major changes and upgrades that Google has made to Android 2.0, ‘Instant Run’ is the most prominent one. This feature enables the coder to instantly make changes in the code whilst the program is being run on the android device or the emulator. The advantage that it puts the coder at is the arduous waiting for the code to rebuild from the very start would be avoided, and instead, it would make incremental changes to the point where the code has been edited from. Hot-swap, Cold Swap, and Warm Swap are the key features of the Instant Run.

Another one of the changes in Android 2.0 is the lightning fast speed of the Emulator. Not only is the speed of the emulator of special interest here, but the small fixes that it makes to the code are also a very developer-friendly feature. What this speedy emulator has helped accomplished is that the full build is now 2x to 2.5x faster than it was in previous releases. The brand new interface helps the developer to fine-tune an app by allowing rotation of the screen, drag-and-drop and use multi-touch controls like pinch to zoom.

For the developers who like playing around with graphics-intensive apps and games, GPU profiler is another change that has been made to Android Studio 1.0 and has been incorporated in Android Studio 2.0.  The way it facilitates the user in app development is that it exposes the logical mistakes and discovers the rendering issues much more easily compared to the previous version.

App Indexing is also one of the stand-out upgrades that Google has made to Android Studio 2.0. What it does is that it stores the patterns of user’s google searches and puts the app in front of the users who have searched for relevant keywords, even if the keywords have been mentioned somewhere in the application itself. The interface has also been rebuilt so that it has become even simpler to trigger applications such as firing up the camera.

Author: Ayesha Siddique is a Mechanical Engineering student, currently in her Junior Year. She is an avid Tennis Fan and enjoys literature and management related activities.