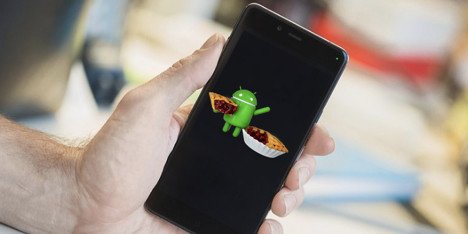 Android, as we know launched its first ever edition to the public almost ten years ago, sometime in 2008. At the time, the OS was known to be an exciting, refreshing, modern, yet a little unstable, but a brilliant and endearing work-in-progress OS. However, if we talk about the present time, Android has simply become as good or a little better (in some places) as Apple’s iOS. The recent edition in the Android series is Android 9. It is again said to be one of the best Android editions of all time. However, Google hasn’t really transformed the complete system with this spectacular 10th-anniversary update, named Android Pie. Instead, they have just made their offering a lot better for the smartphone generation.

Whenever we talk about a new Operating System or any software upgrade, the first question that arises in our minds is how that edition is better than the old one.  Same is the case for Android 9. Expert Android developers are trying to find the areas where Android 9 is scoring higher than Android 8. Android 9 is known for a large number of minute yet important interface tweaks. One of the other key things added in the OS is an absolutely fresh way to navigate the interface. Also, there are plenty of interesting tools that helps Android users save a lot of their mobile phone time.

How cool is the new gesture?

Android Pie has swapped the old lineup of 3 navigation icons with a better looking, pill-shaped icon relaxing at the bottom center of the phone. Whenever the user presses this icon, the Google assistant opens up. Also, if you swipe up to the icon, it will take you to the latest app that you were using. From that point, you can easily scroll horizontally through all the mobile applications which are open at the moment. Tap the icon once again and it is going to bring you back to your home screen. The icon may not seem to add a lot of value, but it is curated with a lot of thought. The main purpose is to add a lot more convenience. Also, now you won’t find that permanent back button, it is replaced with something cooler.

Did you say Artificial Intelligence?

AI is one of the latest buzzwords, and no tech company would like to stay away from using it. Google has also tried to make good use of AI, in the most useful manner: to improve the battery life.

Battery life optimization is surely touted as a key focus area for some of the older Android editions as well. However, there hasn’t been a key differentiator till now. However, Google has continuously faced backlashes from users that the battery life isn’t as great as they expect it to be. This may sound disappointing, but now, Google has done something remarkable to improve the battery life of the handset.

Android 9 contains a very refreshing feature, which is named ‘Adaptive Battery’. This feature is known to make good use of machine learning. With the great combo of machine learning and AI, this new addition will offer a great answer to the irritating issue of ever-draining power cells.

Android 9 seems to be one of the most refreshing Android editions so far. Especially because of the introduction of the latest features for battery improvement or experience enhancement. Android 9 is becoming extremely popular, and we are only expecting its growth in the coming days.