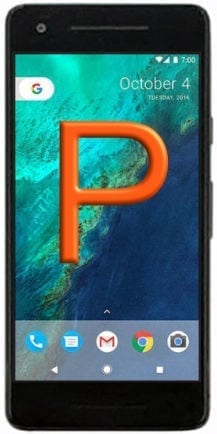 Ever since the initial release of the earlier developer version of Android N (Nougat) on March 9th, 2016, Google has continued the trend to release early versions of Android versions for the public. This trend was observed last year as well when Android O (Oreo) was initially released to select devices on March 21st, 2017. Now March is here once again and with it the anticipation of the latest version of Android.

Even though Google is yet to announce anything officially, we are aware of the rumors surrounding the new release. First of all, no official name for Android P has come to light. Most experts agree that the P will stand for Pie.

One of the rumors surrounding the new Android version is the Iris scanner. Several commits that add iris identification as a biometric security method that has been submitted to the Android Open Source Project (AOSP). They were not added by Android engineers. However, it is still unsure whether it will actually be a part of Android P or not. An earlier rumor did say that Google was considering the notch support for Android P as it became popular among the iPhone X users, but then again, we can’t know for sure until Google reveals it.

A Reddit user noticed that a Huawei employee submitted an Android P bug to the official Google Issue Tracker. This happened back in January. This is an indication that Huawei has been working on the new version of the Android for quite some time now. However, this does not mean that the new version of the Android will be made available for their devices. It will probably stick to the Nexus and Pixel devices for now.

Another feature was discovered by xda-developers. This was enhanced call blocking that allows users to block calls from unknown private and pay phone numbers. Google has also taken a few more steps to improve the security in the latest version. Android P will have the power to prevent idle apps from being able to access your camera and mic. That added security measure can protect you against malware that can record background noise or take images without your consent.

One announcement from Google on Wednesday confirmed that it will be blocking unofficial Android APIs in the new version of its operating system. This means that the APIs working unofficially in Android SDK will not be available for app development. The reason behind this move is to prevent some applications from acting out due to the use of an unofficial API.

We’ve waited this long, we can wait a further few weeks to find the exact details as the Android P developer version is rolled out.