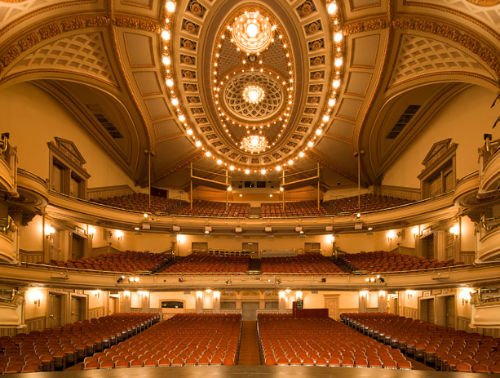 For those of us who thought that Apple laid out everything it had for us in 2018 at their September iPhone event, think again.  An Apple October event will be held tomorrow October 30th at 10 AM local time. The venue is the Brooklyn Academy of Music’s Howard Gilman Opera House in Brooklyn, New York. Being from down the road in Queens, New York, I am pleased to see that the east coast will be getting some Apple love by hosting this event in…wait for it…THE BIG APPLE. Yeah!

Apple will be making several anticipated announcements. We are expecting to see the new iPad Pro models. Back in August, Bloomberg reported that the upgraded iPad Pro 12.9” will have an edge-to-edge display. There is also reason to believe there will be no Home button.  Also, a USB-C port will be replacing Lightning. A TrueDepth camera system on the new iPad Pro for Face ID is also anticipated.

There has been some talk of a second-generation Apple Pencil as well. Rumor has it that a new iPad mini is also on the program. As usual, this is speculation so we will have to wait until Tuesday to know for sure.

Mac sales have not been what they have been which may be the reason the company drew some criticism this past year for being slow to update a number of Macs. We have good reason to believe that should be put to rest by the time the event is over. The 12-inch MacBook and iMac should be in the spotlight.  A long overdue upgrade to the Mac Mini is also expected. The last time the Mac Mini saw an upgrade was back in 2014.  There has also been a rumor of a low-cost 13-inch notebook. With a number of low-cost alternatives available this would be a welcomed addition to the MacBook lineup.

Macs and iPads are heavily embraced in the creative fields. With this in mind, could be treated to some new software announcements as well?  We’ll have to wait and see.

Apple product announcements are always exciting events filled with anticipation. We’ll be watching and we will give our perspective here in the coming days.