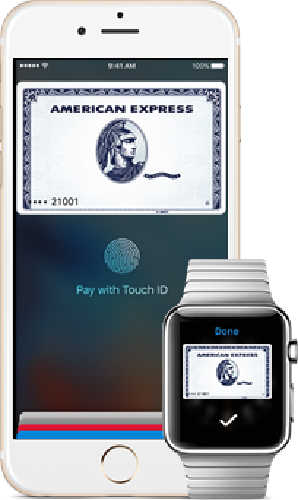 Just 24 hours after launching Apple pay in Canada, Apple pay is now available in Australia as well. American Express, the same company that brought Apple Pay to Canada is also now helping introduce Apple Pay to the country Down Under.

So those in Australia who use Amex cards can now opt for Apple Pay through using the Wallet app on their iPhones or through changing the settings of their iOS device. (However no local bank-issued debit and credit cards, like CommBank Awards American Express or Westpac Altitude Black American Express cards, are supported)

Apple Pay can be used in Australia at the following pre-approved vendors; Coles, Kmart, Harvey Norman, McDonald’s, Woolworths, Starbucks. (Other locations in the country that allow NFC-compatible payment also allow the option to pay via Apple Pay)

Apple also said that “soon” Australian customers of Apple Pay will be able to add store credit and loyalty cards to the Wallets app and use them in stores.

However, American Express is not as popular as MasterCard or Visa among the Australian customer base and so it seems that only a small number of people will be able to use Apple Pay initially. This move may, however, aid Apple in pressure the Australian banks to reach an  agreement about the terms of their contract sooner.

Australia is prepared for the arrival of Apple Pay as Chip-and-PIN cards are in use throughout the region. American Express is also going to bring the Apple Pay option to Spain, Hong Kong and Singapore by 2016. Apple Pay will also reportedly bring support for more stores like Dominoes and Cinnabon.

If you don’t have the Wallet application you should first ensure that the regional settings are set to Australia. Then after entering your 4 digit security code and accepting the terms and conditions you can start using Apple Pay.

American Express is not a very popular card outside of America, however, the head for Apple Pay, Jennifer Bailey, stated that the company can be used as a card issuer as well as a payment network operator. This means that it is a convenient alternative even though Apple still requires companies like Visa and MasterCard to increase the usage of its Apple Pay facility.