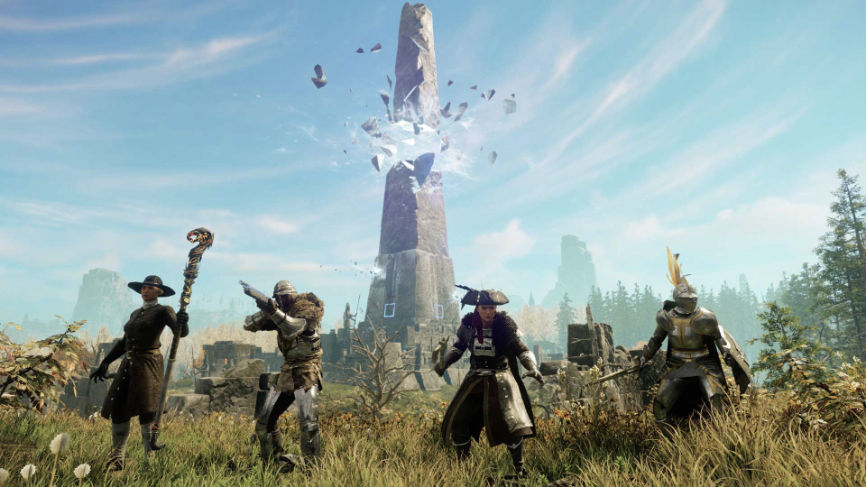 Gaming as a whole over the past two years has certainly been on the rise with a surge of new players finding excitement in a huge number of different genres, there are certainly some more popular options amongst different demographics with the likes of online casino and gambling options here, but also certain genres that have been finding some struggles in recent years like MMORPGs as the dedicated fan base needed has been shrinking. This year alone has seen some resurgence as games like Final Fantasy XIV have seen some growth with coverage from popular streamers, but with the next big release coming from Amazon Game Studios, is there some new life coming to the MMO market?

With the early look beta which many believe is a stress test coming yesterday, the game ‘New World’ was able to pull in over 700,000 concurrent viewers on popular streaming platform Twitch as well as reporting huge numbers across EU and NA for players testing the game out – whilst players thoughts currently are still a little mixed, it is a beta prior to release, after all, the prevalent thoughts are mostly seeming positive as many individuals are excited to step into a new gaming universe and gain some sense of new adventure that they may not have had for quite some time.

So far, the game does a great job of blending survival aspects with player vs environment and player vs player too, with gathering and life skills being a huge part of the game and something that many have felt other MMORPG titles didn’t do so well in the past and a feature that many have certainly been looking forward to. Others feel that other features like combat could have been done a little better and hope that changes moving forward will restore something that feels a little more impactful and a little less floaty. As the game is only set to release at the end of August, there is certainly plenty of time for change moving forward to fix the small issues that many are finding, and a few patches and content updates could certainly make this a big MMO title to be excited about, and the developers of the game do seem to be listening to customer feedback so it’s likely that big changes are yet to come.

The only current downside is the inclusion of a microtransaction cash shop, and with no indication outside of cosmetics currently in there it’s difficult to see if it will become a dreaded pay-to-win title, or if it’ll just stay as a pay-for-convenience type of game – only time will tell there, however, and once it does become clear plenty of reviews will certainly voice the opinion.

3 Tips for Finding the Best Online Games for Kids