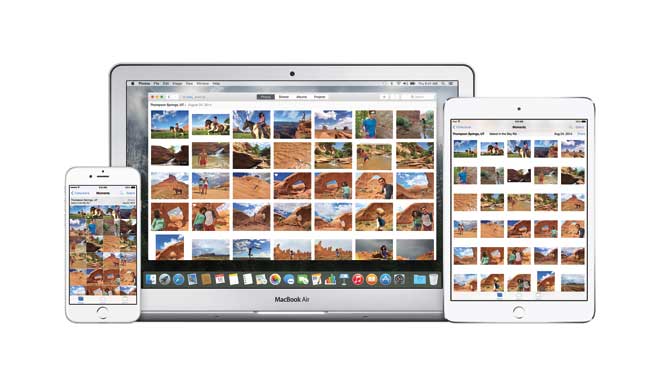 I’ve used iPhoto in the past and was put off by the fact that your photos are embedded in a package. It also became sluggish with a library my size. Of course Ctrl-click will get you into the package and you can navigate to the folders where Photos has placed your images, but I never liked Apple’s approach to managing photos so I decided to go with an alternative to Photos. When Photos was about to be released I was hoping this would change but sadly it has not. If I was to import the hundreds of gigs of photos and videos in my library into Photos, my photos would be buried 6 folder levels deep and the folder structure I used is totally ignored.

I realize there are some cool features in Photos, but I don’t think they are worth the trouble.  Between Pixelmator and PhotoShop, I think I have that covered.  I want to like Photos and I may try Photos in a limited way after El Capitan is released. I’m thinking I can designate a library in Photos and move only copies of the media I want to work with in Photos.  When I’m done, delete the library until I have a new project I’d like to use Photos for.  I am just uncomfortable giving up control of my library to any application.

All I want or need from photo management software is to have all of my photos indexed in the folder structure of my choosing so I can easily find what I’m looking for. Picasa does exactly that so I decided to come up with my own strategy.  This is what I did and it has worked well for me over the past few years.

I manually moved the hundreds of gigabytes of photos and videos I have into a folder system I created that is organized by year and month.  One master folder for photos and another for videos. 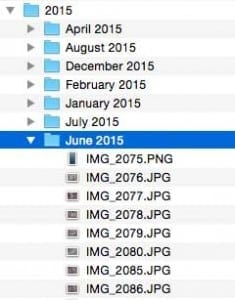 This was a daunting task at first, but it was well worth the trouble.

The volume is backup up automatically with TimeMachine to a Raid configured 6 TB Thunderbolt drive, so I have two backups of everything. I then installed Google’s Picasa (Free). It indexed every photo, video and image on whatever volumes I designated.

You can import from any connected device into an import folder that is automatically created and named for the current date.  Then using the camera date for each image or video, I move the files into their intended folder.

This may not be the most elegant method, but it beats having my entire library embedded into an application’s library file or stored in the cloud on a paid service.  Yes, you can keep a separate filing system for your media and still use Photos but you now have two copies of everything on working volumes. With a library as large as mine, I’d rather have Time Machine manage ALL backups and save the considerable hard drive space on working volumes.

There are a number of free cloud services out there, but the free storage space is quickly consumed so you are forced into a paid plan sooner rather than later.  Google Drive is 9.99 per month for 1 TB.  Double that for iCloud storage. Generous, but it’s still $120.00 on the low end and $240.00 on the high end per year.  I’d rather invest in the hardware and manage my library, my way.

I’d be very interested in finding out how you manage you media library.  Perhaps I can learn some new tricks as long as it doesn’t mean I need to hand control of my media to an application.  Feel free to share your thoughts on this.