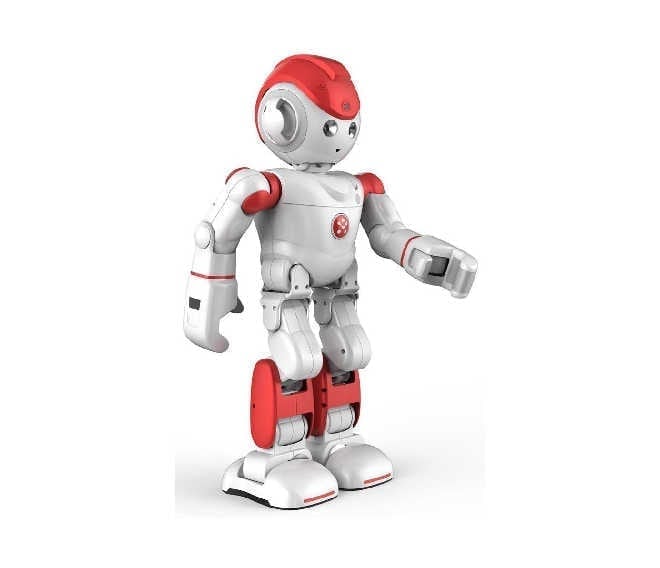 I received an invite from UBTech to visit Alpha 2 at CES this year and the more I read about this the more it interest me.  Alpha 2 is pitched as “The First Humanoid Robot for the Whole Family”.  A pretty tall order so I will be adding this to my “must see” list at CES, which will be held in the Las Vegas and Sands Convention Centers as well as at other various locations on and around the Las Vegas strip.

Alpha 2 can do a lot once connected to your wifi network.  He’s intelligent, interactive and expandable.  Apparently the robots we dreamed about as kids are here.  UBTech claims he is smarter than your smartphone.  He has legs for mobility and is capable of social interaction.

The project is on Indiegogo and has currently raised $1,170,000 of its 1.25 million dollar goal. manufacturing has begun and shipping will begin in February 2016.

Since the Alpha 2 is an Open System – the platform is expandable so, even more, capabilities will be added.  The developer provides an SDK that includes the following;

Provide the access of alpha2’s motion list and other motion features for developers to establish a humanlike relationship with their users.

A cross-platform app in iOS and Android. Not only a robot control center, but also an app publisher and distribution center.

From what I see on Indiegogo, Alpha 2 will be making his way into a number of homes in 2016.