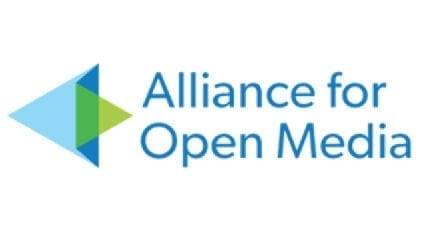 The Alliance for Open Media

The Alliance for Open Media is a non-profit organization that started back in 2015. It was announced in September with the goal to develop a royalty-free video format. This is intended as an alternative to licensed formats such as H.264 and High-Efficiency Video Coding (HEVC), also known as H.265.

The website says that it was formed to “define and develop media codecs, media formats, and related technologies to address marketplace demand for an open standard for video compression and delivery over the web.”

The Alliance’s initial focus is to deliver a next-generation video format that is:

The Alliance has a number of big names associated with it. The founding members include “Amazon, Apple, ARM, Cisco, Facebook, Google, IBM, Intel, Microsoft, Mozilla, Netflix, and NVIDIA.”

Even though founding members imply that these companies have been with the Alliance from the very beginning that is not the case. All of them joined after it was formed. Facebook joined in November 2017 and was given the status of the founding member. This title is given to show the highest level of importance within the ranks of the members.

The latest addition to the family is Apple, which joined as late as January 2018. Apple’s name was added to the founding members on the 4th of January and was picked up by a member at CNET. Apple was one of the only major companies that were left out of the Alliance. They eventually decided to be a part of it rather than being against it.

Even though Apple has not officially stated a reason for joining the Alliance at such a late stage, there are certain speculations. One thing that we can say for sure is that Apple does not hope to influence the development of the AV1, the royalty-free alternative to the HEVC/H.265 video codec necessary to play 4K videos. This is because the AV1 is in its final stages and nearing completion. Apple can still contribute its technical expertise but most of the job is already finished.

It might be possible that Apple wants to play a fundamental role in the development of AV2. This will become a necessity as the video quality continues to improve. The Alliance will most probably decide to build a codec for the 8K videos but this seems a bit farfetched.

One reason that might have led Apple to join the Alliance could be that Apple wanted the AV1 for its own devices. Apple can encode all the files in the HEVC format that is compatible with the latest versions of its operating systems but it would mean competing with another platform that is providing royalty-free use all around the world. The HEVC standard is not cheap and shifting to this could also allow third-party developers to stream videos on Apple devices.

Another likely possibility is Apple wanting to stream videos to non-Apple devices. Not all manufacturers are keen to pay the HEVC licensing fees. They would love to latch on to a platform that allows them to stream HD videos without paying those fees. Apple does not guarantee that its HEVC streams will be able to play on non-Apple devices. The Alliance pretty much has all the platforms on board and having a universal codec would allow videos from any platform to work on any other platform.

One final reason that Apple might have had is that the company might be planning its own Netflix-styled streaming service. The company has already been working on content. Apple’s plans to launch their own streaming service lines up perfectly with the decision to become a part of the Alliance for Open Media.