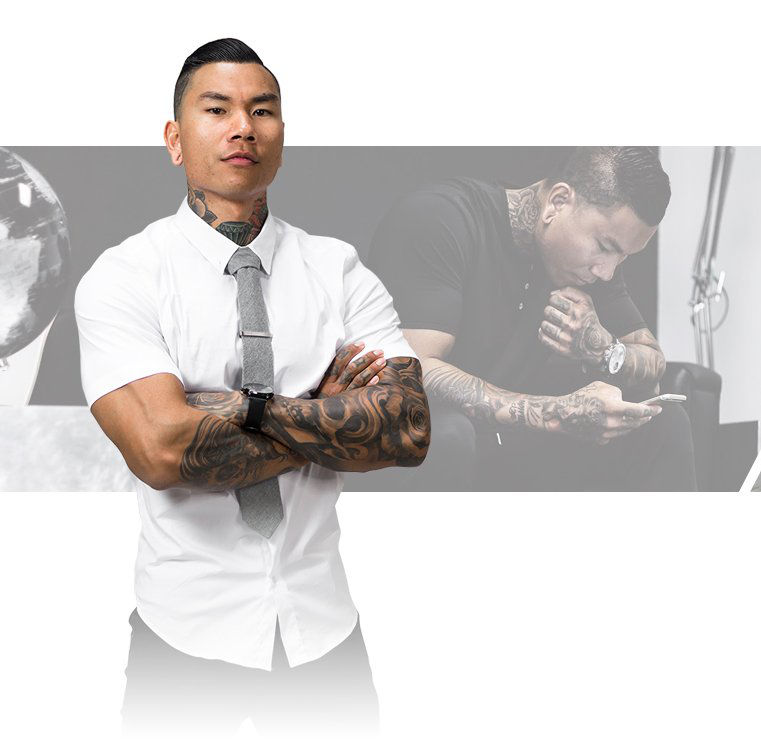 Starting a clothing label is probably among the hardest sectors to make since most of the time, one is not bringing a solution to a problem but instead trying to create a new brand or movement. The case was no different for Randall Pich, his Live Fit clothing line did not gain success overnight. His case was even a bit difficult because he opted out of school to do business.

However, he had a strategy and was so determined to have his brand become a success. As we know now, Randall managed to achieve his dream by making his label a recognized brand that is predicted to rake in $8 million annually.

Randall says that before the birth of Live Fit, he had experience in clothing and retail. He owned various brands including some ski brands. He indicates that he started while still in high school but he never made it.  He was a personal trainer for 7 seven years, and at this time he used to make t-shirts and designing to pass time. He used to make clothes for his clients and this is how he succeeded.

At that time, he took advantage of the thriving fitness industry and the booming social media as well. When he joined Instagram, Randall attests to connecting with the right audience and he started marketing his brand.

He was a member of a band at the age of 14 and they would go on tours. For them to make more money, they started making merchandise for their fans. It was from the success of selling hats, t-shirts, and other items that Randall got the idea of starting his own brand when he was still a young boy.

Sources say that when Randall joined college, he drew inspiration from a friend who never joined college but started a clothing label that became a huge success. When he saw how successful his friends were, Randall dropped out of college and decided to pursue his dreams.

As the owner of the established Live Fit clothing line, bodybuilder, social media sensation, and personal trainer, Randall’s Live Fit apparel net worth is estimated to be about $4 million. Some more amazing facts about this business guru include; –

On the 7th of February 1988, Randall Pich was born in Long Beach, California his parents being Cambodian refugees. He went to Wilson High School and graduated in 2007. During his high school life, he developed a huge passion for art and graphic designing. He then joined Cal state Long Beach public university after graduating from high school.

While at the university, Randall joined a fitness gym as a personal trainer and it was at this time that he started designing t-shirts. Together with a close friend, they put up a t-shirt store that became very popular, and unexpected demand for his t-shirts grew. For this reason, Randall dropped out of school to start his company in 2010.

After school, Randall set up his Live Fit Company. Initially, he only designed his client’s apparel but social media made his brand’s popularity grow tremendously. As a result, his LVFT brand is worn in various parts of the world.

Besides LVFT, Randall also owns Cloud X, a luxury eyewear company that makes custom shades and glasses on order. He also founded another clothing label by the name of Top Threads. Randall also owns a YouTube channel that has almost 70k subscribers with close to 5,000,000 overall reviews.

How to Compete with Amazon as a Small E-Commerce Business

ApparelbrandClothingCreate
Previous ArticleHow to Turn on Webcam on MacBook Next ArticleWhen Will Video Ads Stop Growing?