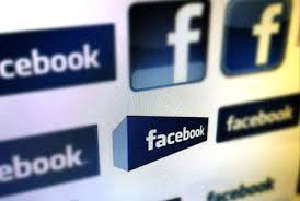 Students are always coming up with different ideas to cheat in their exams. Social media sites such as Facebook are often used to leak question papers and share the questions that appear in an exam. High school students in Algeria posted a question for baccalaureate exams online. Baccalaureate exams are taken by students to get enrolled into Higher Education.

The test had taken place on June 19th and it was comprised of seven exams. According to the Algerian Minister of National Education Nouria Benghebrit some high school students will now have to retake the exam.

According to reports on local media, authorities have temporarily blocked Facebook, twitter and other social media site in the country to prevent this incident from happening again.

According to APS reports, papers for the first session scheduled on May 29 to June 2 were leaked online. So, 555,177 students will have to retake the exam.

The Ministry of National Education said: “All measures have been taken to ensure the smooth running of the exams, in collaboration with other sectors concerned, namely the National Police, National Gendarmerie, Civil Protection and Health.”

The police are also playing their part in trying to figure out how the paper was leaked. The police have placed a dozen individuals under arrest. These include officials who work in national education offices. Police have also confiscated printers from the office. According to the police the individual who posted the paper online and those who facilitated him have already been identified by cyber crime investigators.

Presidential chief of staff Ahmed Ouyahia, believes that this incident is a conspiracy against the education minister. Prime Minister Abdelmalek Sellal has promised to punish the culprits behind this incident.