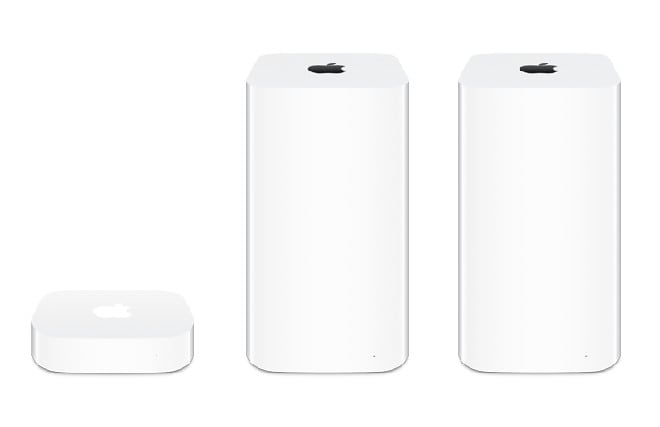 I Love My Airport Router

I have an older Airport Extreme that has continued to work well for me over the years. About three years ago I decided to extend the WiFi reach in our home so I bought an Airport Extreme Basestation. I use the Basestation as the main router and the Airport Extreme for WiFi expansion. I plugged it in, went through a simple setup process and it’s been running reliably ever since. Both provide coverage throughout the house as well as the front and back yards.  This was about the same time we decided to cut the cable cord and stream all of our TV entertainment. A lot of data passes through these routers every day. It routes data to and from 3 computers, two Apple TVs, three iPhones and 3 iPads. It hasn’t overheated or failed since setup.

It’s nice to know that this reliable piece of equipment that I personally rely on heavily has made it to the top of the JD Powers satisfaction report on wireless routers this year.

“What’s critical to customers is the ability to easily establish a reliable online connection through their wireless router regardless of the type or number of wireless devices they are using, smartphone, laptop, smart TV or other wireless device.” “Router manufacturers providing a product that’s intuitive to set up and operate and that functions with few connection interruptions are well positioned to increase satisfaction, customer loyalty, and repurchase intention.” 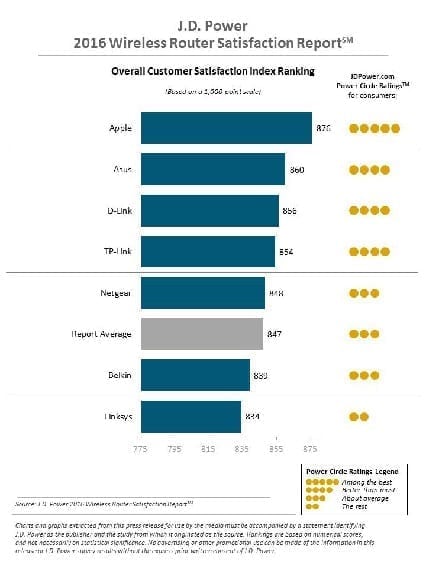 You can imagine how I was both concerned and disappointed to learn that Apple recently dismantled the team that developed the Airport routers. I suppose this team and their talents are being utilized somewhere else in the company.  As much as I hope this is not an indication that Apple has plans to abandon this awesome product, it appears that the writing is on the wall. Since Apple has not made any official announcements on the matter, we’ll have to wait and see how this pans out.

How odd it is that in the same year one of your products receives top ratings from J. D. Power and beating the completion that a decision comes down to abandon the product that achieved such recognition.

You can read the entire J.D. Power report here.