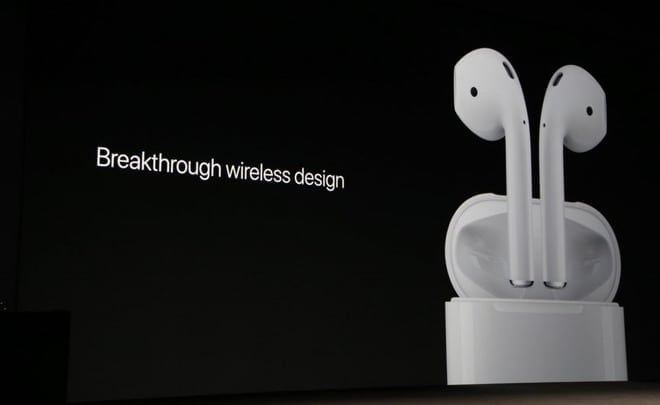 For the past few months, conflicting rumors have been heard about the release of AirPods. Some suggesting AirPod will hit the shelves in December, other saying next year. There is still no official word on when they will be available.

“The AirPods delay marks the first time Apple has postponed the release of a product since its white iPhone 4 in 2010, Mr. Moorhead said. Then, Apple cited manufacturing challenges.” -Tripp Mickle, reporting for the WSJ.

Why Does Apple Require “A Little More Time”?

Most of the analysts believe that the prime reason for the delay is difficulty with wireless technology embedded into the AirPods. These “efforts to chart a new path for wireless headphones.” are still being resolved. Apple is now facing another technical question when the user loses one of the earpieces or the battery dies.

According To Wall Street Journal Analyst

“A person familiar with the development of the AirPod said the trouble appears to stem from Apple’s effort to chart a new path for wireless headphones. In most other wireless headphones, only one earpiece receives a signal from the phone via wireless Bluetooth technology; it then transmits the signal to the other earpiece.”

Further explaining, how both AirPods receive an independent signal from the Apple device.

“Apple has said AirPod earpieces each receive independent signals from an iPhone, Mac or other Apple device. But Apple must ensure that both earpieces receive audio at the same time to avoid distortion, the person familiar with their development said. That person said Apple also must resolve what happens when a user loses one of the earpieces or the battery dies.”

The holidays are almost two weeks away. However, the Cupertino-based company is still undecided whether the AirPods are ready for consumers nor not. Hopefully, they will sort this out soon.