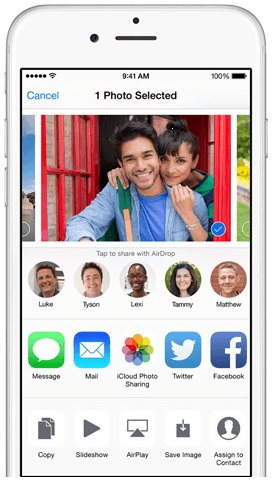 The iOS 8 Share Menu is another area where Apple has done a significant amount of work. Share Menus of yore had a fixed, ordered set of options; The iPhone 6 / iOS 8 Share Menu lets you re-order, add, and disable options with ease. Find out how after the jump.

The feature that received the most positive reception at WWDC was App Extensions. Developers can now enhance previously unenhance-able areas of iOS: they can add they own sharing options, provide custom actions in other apps, and even replace the system keyboard. It’s a huge step in bringing iOS closer to Android’s significantly bigger feature-set.

I am so looking forward to finally being able to save links to Pocket, scheduling shares with Buffer, clipping notes to Evernote from other apps. The general user-base does not yet understand how hugely this will change their iOS experience for the better. 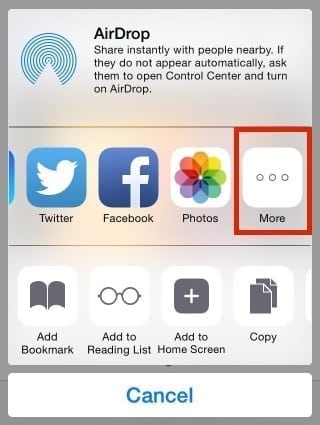 As mentioned before, these were simply very strict features in iOS 7 and earlier. You couldn’t change them, so they were to be accepted as is. iOS 8 changes that. 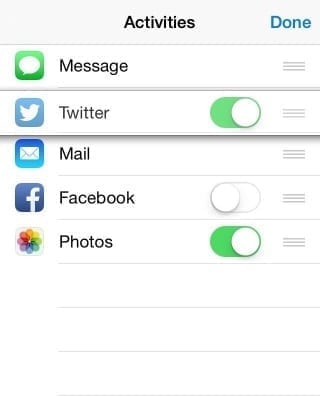 When you open the iOS 8 Share Menu (or Share Sheet) in any app, you can now swipe left (or slide towards the right) to see a “More” option. You can tap that to see all the (pre-)installed activities. You can toggle some of them off or on, and of course re-order them by tapping and holding them from the three-horizontal-line icon*.

*I’m not sure what the official name is for these three parallel lines, so I just call them like I see them.