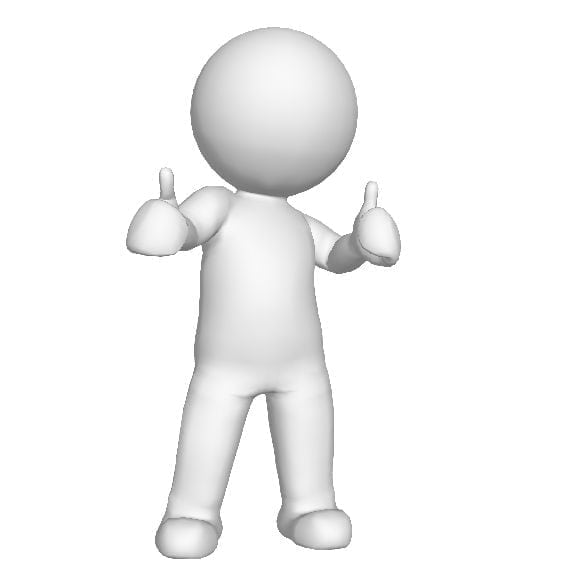 The American Customer Satisfaction Index produces customer satisfaction benchmarks for 43 industries and 10 economic sectors. When looked at all together they represent a broad swath of the U.S. national economy. The only national cross-industry measure of customer satisfaction in the United States is ACSI. ACSI subscribes to the Science of Customer Satisfaction. Customer interviews are part of that process. The model they use is described as follows on their website’

Other factors include the building of a cross-industry index. Survey data from the customer level are used to provide insights into the entire customer experience.

In the category of Bench Marks by Company ACSI shows that Apple has maintained the top position overall for the past 22 years. That is a significant accomplishment when you think about it. It is well understood that Apple produces high-quality products and services that people want. What I find interesting is that the same quality standards that are applied to product development and manufacturing are apparently applied to the customer facing operations at Apple. It is a commendable achievement to top the American Customer Satisfaction Index survey list in any given year. To do it year after year is extraordinary.

In a press release from June 2016, ACSI reported the following:

“Among cell phone makers, Apple rides its large-screen iPhones to the top of the industry after a 1 percent increase to 81. Samsung is alone in second place, holding at 80. Nearly 4 in 5 cell phones sold today are smartphones, and together Apple and Samsung own 70 percent of the smartphone market. Motorola slides 3 percent to 77, ahead of HTC (-3% to 75), and LG and Microsoft Mobile, which includes Nokia-branded phones, at 74.”

Mind you this was before Samsung’s recent challenges with the Note7.

Apple has also maintained its score of 84 out of 100 in the customer satisfaction survey regarding personal computers. which includes tablets. 3,500 interviews were conducted with customers chosen at random. They were contacted by email in June to share their experiences with recently purchased products. 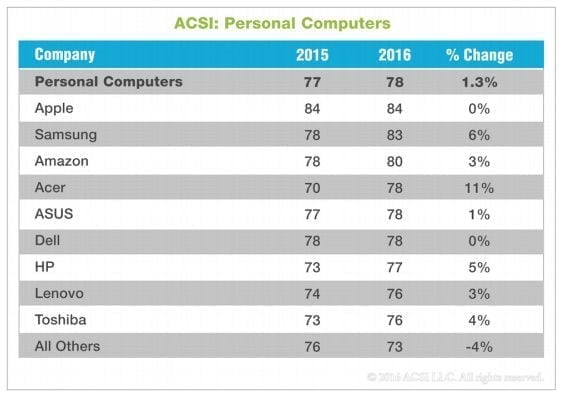