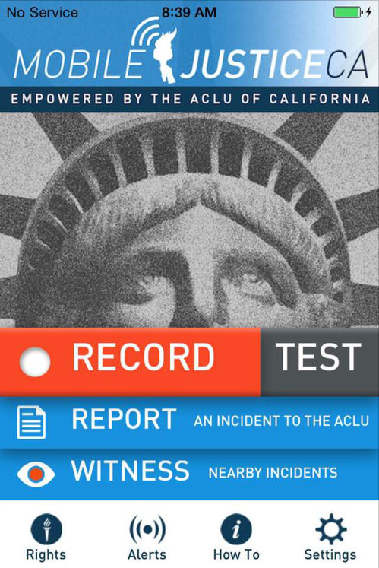 The past couple of years has brought to the surface some of the hidden problems that everyday Americans face. From police brutality to the realization of the hidden racial, sexual, and religious hate that exists. Americans are forced to live with these issues whether they like it or not.

The American Civil Liberties Union (ACLU) is one of the organizations built to protect our rights as citizens of the United States under the authority of the Constitution. The ACLU is both non-partisan and non-profit. They are the so-called “guardian of liberty”.

As stated before, police brutality has been exposed more in this country thanks to the power of smartphone cameras and social media. Many deaths have become the consequences of the actions taken by some officers in shared videos. These deaths have brought about organizations like Black Lives Matter. These organizations stand up to racism, homophobia, and Islamophobia appearing across the nation.

Thankfully, the ACLU has released a mobile app named Mobile Justice. This app allows one to record an incident of police brutality. It does this without having your rights violated or tampered with. When recording, many police officers attempt to force you to shut off the phone. As well as stop recording, or back away. Recording a police officer is legal in all 50 states and many argue to be a right protected by the Constitution.

If a police officer forces you to shut off your phone or stop recording, the recording will be automatically sent to the ACLU. Once the recording is done, you can report the location and details of the incident such as the name of the victim/officer(s).

The Witness feature of the app allows you to get alerted if anyone in your area is using the app. It provides the location of the police stop. This will be sent to you automatically when you turn on the feature in the Settings tab.

The Report feature allows you to report an incident without a video. All videos and reports are sent anonymously to the ACLU by default. One is given the option to have their name, phone number, and e-mail address included with the sent video or report.

The app also lets you read the rights that you have in case a police officer illegally stopped or arrested you.

The app is available in 17 states and Washington, D.C. It will be coming to more states. Get Mobile Justice for Android or iOS. Visit https://www.aclu.org/feature/aclu-apps-record-police-conduct for more information.