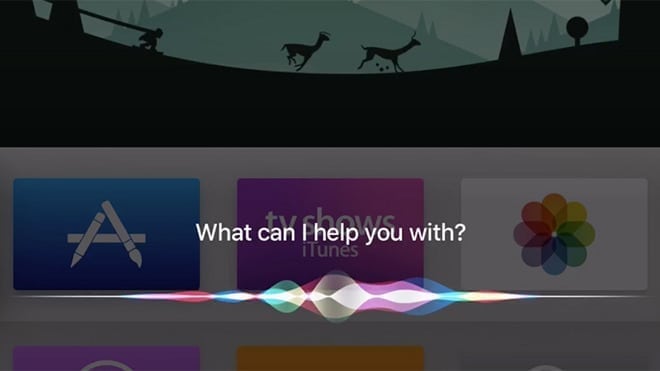 A More Intelligent Siri For tvOS

Apple’s intelligent personal assistant and knowledge navigator, Siri has made the use of iPhones and iPads simpler with its natural language user interface to answer questions make suggestions and perform actions by delegating requests to a set of Web services. Merely saying a few words upon activation does the basic task specified, such as searching setting alarms and reminders. Now, the web is flooded with the pondered possibilities Siri could be programmed for.

Earlier before, there was a Reddit-post about the imagined possibilities for further improvement in Siri’s intelligence. Though just a post, it was something of extreme interest. However now it is official, as Apple foresees a similar future for Siri in the field of entertainment.

Mentioned in a new patent, Siri would prove very useful and time-conserving if integrated into tvOS to control Apple TV. Being able to access content through basic speech with Siri for tvOS is quite the idea. So far, there is the feature of inquiring about content and such, which, in itself, is quite useful. The idea, brought up by a patent, for a more intelligent assistant, however, is much more complex. Siri can respond to most questions and tasks by being asked for info on a title and then providing details about it, prioritizing movies and shows. But the patent underlines that Siri could be used differently, with more intelligence in the future. Siri is hoped to have its intelligence synthesized to the extent where, rather than just recording and matching, it would process and interpret the human speech input and respond accordingly.

The patent outlines a few very clever ideas but the greatest may be the mention of syncing Apple TVs in one location together. Rather than a device acting itself when commanded, the patent suggests that different Apple TV units will be in a series network interacting with each other. This network of Apple TVs would allow accessing other TVs in sync and keeping check on them while staying in one place, all with simple voice commands. For example, if one is in their bedroom, they could ask Siri to access content and control apps on the unit in any other area of the house.