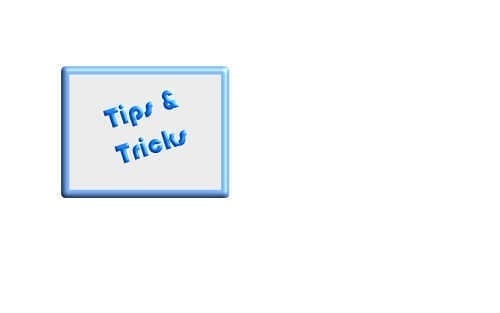 As a publisher of articles on Apple products, we take it for granted that everyone knows how to do things that we do on a daily basis with our devices.  But when you think about how many new users Apple has gained in recent months we thought it would be a good idea to do an article on some of the iPhone tips and tricks we use to bring graphical content to you in our articles and one of my personal favorites.

Before I began doing reviews of iPhone and iPad Apps I had no idea how to take a screenshot on these devices.  It’s so simple, I kicked myself for not figuring this out sooner.  Just hold down the Home and Power buttons for a second or two and let go of both buttons at the same time.  If successful the screen will flash and you will hear the familiar camera shutter sound. Works the same way on the iPad.

A short press of the home and power buttons on the Apple Watch will also produce a screenshot with the familiar flashing screen and camera shutter sound.

Sometimes we need to capture screen motion on an iPhone or iPad.  This is not as obvious and will require a Mac running Yosemite or later and QuickTime.  Connect your iPhone or iPad to your Mac via the lightning cable.  Launch Quicktime and under the File Menu, choose New Movie Recording.  This will usually default to iSight camera so if you see anything other than the content on your iPhone or iPad click on the tiny down facing arrow next to the red record button.  Click it again to stop recording and click the File menu to Save or Share the recording.

One of the coolest tricks I found on CNET when I was hanging a shelve and couldn’t find my level. Launch the Compass app on your iPhone and swipe to the left.  Much to my surprise and amazement a very accurate level appeared, so I will never hang anything lopsided again.