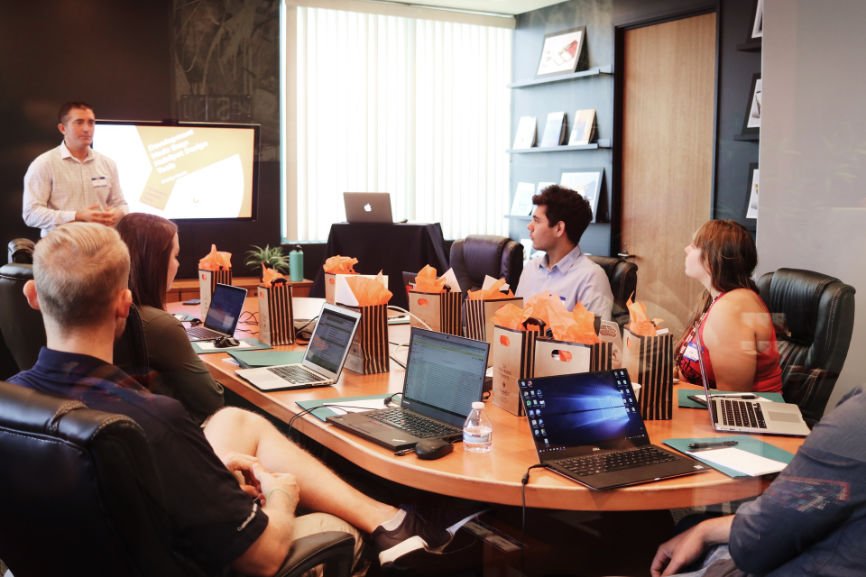 Photo by Campaign Creators on Unsplash

iPhone developers from all across the globe are constantly looking for ways to optimize their processes or to start them just right. Everyone is the same in wanting to develop the best iPhone app possible. How do you do it? Sometimes the best-kept secrets are found in the basic principles and tools. That’s why this article gives you seven tips to cure your tunnel vision and get you going with iOS development as quickly as possible.

It must be safe to assume you are set on developing your app specifically for iPhone. After all, that must be the platform your audience uses. But even in such a seemingly simple matter, there are a ton of variations.

How exactly do they use their iPhones? Are they on it the entire day, or just doing some light scrolling during the commute? Do they rely on their phone for work or is it just a couple of calls a week? How often do they charge it? What other apps they might have on there?

And that’s just the usage patterns. Those may differ greatly between age groups, gender, culture, etc. The overlooked secret here is just how much the right start matters for an app. Design it with your people in mind.

It is crucial to understand what exactly your application is and what it is not. From a code perspective, it helps with the architecture. It is much better to know in advance if you should keep an open and scalable structure for more features that are coming.

That means figuring out the business side as well. You can’t just develop something and slap a micro-transaction on it later. The secret here is to have your goals set crystal clear. Is your app a tool for business people that can pay a flat fee upfront or keep up a subscription? Or maybe it’s an app with the aforementioned in-app purchases that you want to reach a larger audience with?

These decisions matter early on. Indeed, you could change your business model later if it doesn’t work out the way you wanted it to. And yet, once you’re committed to something, stick to it.

Brought out in 2014, Swift has rapidly grown to be the best programming language for iPhone app development. It was made to replace Objective-C and replace it did. Swift is faster, simpler, and has a wonderful learning curve for beginners. Now, you can use it on Windows via Visual Studio, or on Linux, but arguably the best way to do it would be on macOS with Xcode.

Xcode allows you to create so-called «playgrounds» to experiment. This playground is interactive and lets you explore new ideas before you commit to them. How do you make use of it? You can easily create it directly when launching Xcode. Not too secret, but don’t be fooled. It is quite easy to miss out on this feature. Make sure you don’t.

Planning is what makes or breaks apps. In a world without time, it is perhaps not that important to stay on schedule. However, the real world has deadlines, and development costs money. So, to effectively make an iPhone app, it is crucial to utilize all available planning secrets to move through a clear picture of milestones.

At this point, Scrum is one of the most widely used practices in software development. You may have heard of this framework before. If not, then the following is for you.

With Scrum, each day begins with an orientation on what lies ahead. After the so-called sprint is over, there is a review of progress and a retrospective to allow team members to say what went well and what can be improved next time. A Scrum Master person is responsible for the flow of sprints and holds the reviews and Daily Scrums. The Product Owner is a shareholder in the project that creates the backlog.

It may seem like a lot at first, but this is the most important secret of all. Your team. Being effective and communicating well will make app development a pleasant and rewarding experience for everyone. Working alone? Don’t shy away from adopting these techniques to a one-man team. If anything, you will stay organized.

Apple provides its developers with a set of guidelines for design. Since it positions itself in a more upper-class market with its devices, looking the part is of utmost importance. In design, the four pillars are interactivity, readability, graphics, and clarity.

It is advised that users should not have to zoom anything or scroll anywhere to see the most important information on the screen. In other words, the layout must fit. How does a user interact with it? With touch controls, of course. The focus is feeling natural.

How can you make use of that? Well, a secret is that Apple doesn’t just give the guidelines – they give you some downloads, too. Those include tools, templates for user interface, detailed documentation, etc. Make use of them.

iPhone apps are expected to work. They must be simple to launch and use, without any lag or delay. This type of performance is more and more difficult to keep up when adding new features. Thus, there are some secrets to keeping it in check.

Xcode provides a helpful Organizer so you can see how your app performs.

Important areas to look out for:

Another valuable tip is to monitor on the device rather than in a simulator. The results are more accurate that way.

Too many developers get so zeroed-in on their vision that they code in large chunks without testing often. It is tempting to do more work when it’s all going so well, but it is a mistake. It is only going well until it all breaks. What was the secret to the tortoise’s victory? Iterations. Therefore, test as often as reasonable within the budget. It applies not only to code but for how well the app is perceived by the target audience.

iPhone applications are a complex beast nowadays. Hopefully, these secrets will help you navigate the development process with newfound clarity. Utilize all the opportunities given to you by Swift, Xcode, and Apple documentation, and don’t forget the basics. Above all, remember – you are making an app for the people.

Technology Trends That Are Evolving The App Development in 2021