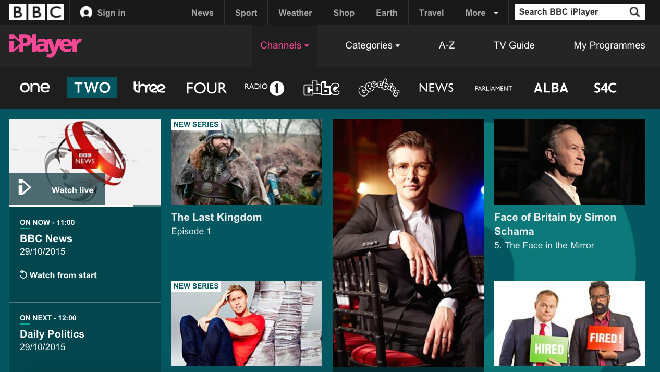 The  BBC iPlayer App is now available for download on the Apple’s Fourth-generation Apple TV. BBC officially earned a position in tvOS App Store and prevented a threatening license paying revolution in the UK. Moreover, the application’s debut has helped put down rumors about how BBC would disregard the complex structure of Apple’s tvOS environment and forsake its official future position on Apple TV.

This official inauguration has made a place for the broadcasting corporation across all the Apple products like iPhone, iPad, and Apple TV. One of the various mysteries revolving around Apple’s refined selection from among third-party App’s may hold the reason why the previous Apple TV boxes never acquired the BBC iPlayer. For those of you who already own a fourth-generation Apple TV and are frequent viewers of BBC iPlayer content will be pampered with an official experience.

“Christmas is a popular time for viewers to come to BBC iPlayer, as they unwrap new devices and browse and discover the BBC’s fantastic Christmas programs,” said iPlayer chief Dan Taylor-Watt. “With the launch of iPlayer on the new Apple TV, I’m delighted we’ve been able to give people another way of accessing the full breadth and range of BBC programs.”

The user interface of the iPlayer can immediately be familiarized with, since its visuals are a derivation from that of the app available for iPhone and iPad. The application is considerably reformed to meet the user requirements and to confront the challenging issues faced by users while interacting with it over a high-definition TV set by a remote control rather than touch gestures. The official experience provided by the iPlayer on the fourth-generation Apple TV is just how you would expect it to be. The BBC iPlayer provides access to live television programming as well as a catalog of programs from the last 30 days and personalised recommendations. Other than this BBC states that it also has the following features: “My Programs – where you can find the shows you’ve added to favourites, unfinished programmes, as well as purchased programmes on the BBC Store. Live Restart on Connected TVs – allowing you to skip back to the start of a programme if you’ve missed the beginning Cross-device pause and resume – letting you start watching programmes on one device and later continue from where you’ve left off on another Recommendations of BBC programmes personalised to you – helping you find more of what you like on the BBC”

Despite the doubts spread by the BBC after stating that it was not planning on giving an Apple TV experience by introducing an iPlayer App, many fourth-generation Apple TV owners were quite cynical but at last, all such rumors have been put to an end restoring peace to the internet threads and the discussion forums. The official BBC iPlayer can be downloaded right now from the UK tvOS App Store for the fourth-generation Apple TV. As mentioned the app is available in UK only and to TV license fee payers.