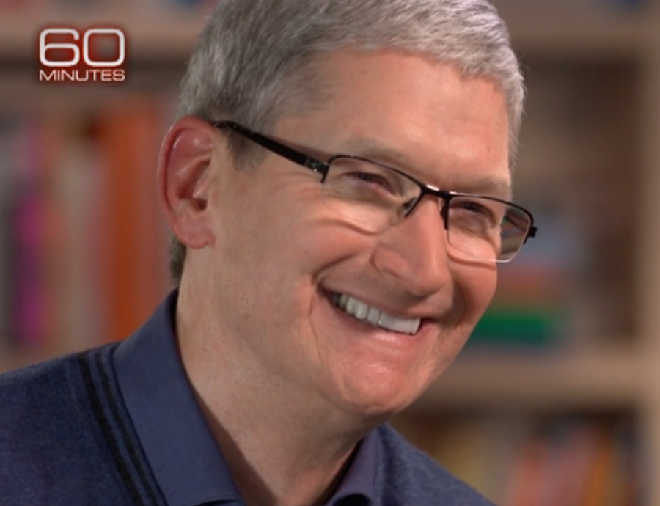 60 Minutes shared a preview of an upcoming interview Tim Cook had with journalist Charlie Rose.  The preview covers the idea that Apple has created elaborate schemes to avoid paying U.S. corporate taxes on its revenue earned overseas. Tim Cook is quoted as saying this is, “total political crap”. He goes on to say, that the tax code is outdated, designed for the industrial age.

Rose: You also have more money overseas probably than any other American company. […] Why don’t you bring that home?

Cook: “It would cost me 40% to bring it home, and I don’t think that’s a reasonable thing to do. This is a tax code that was made for the industrial age, not the digital age. It’s backwards. It’s awful for America. It should have been fixed many years ago. It’s passed time to get it done.”

Rose: Here’s what they concluded: “Apple is engaged in a sophisticated scheme to pay little or no corporate taxes on $74 billion in revenue held overseas.”

Cook: “That is total political crap. There is no truth behind it. Apple pays every tax dollar we owe.”

The 60 Minutes interview with Tim Cook will be aired in its entirety on Sunday December 20th, 7:30 p.m. Eastern Time and 7 p.m. Pacific Time.

Apple has been dealing with other tax challenges this year overseas. Italian regulators accused Apple of logging profits earned in Italy through an Irish subsidiary in order to lower its taxable income, saving nearly 900 million euros for the period between 2008 and 2013.

In addition, the European Commission began an investigation of Apple’s tax policies in June 2014 and accuse Apple of receiving illegal state aid from Ireland. We covered this awhile back in this article.

I understand that 60 minutes will also give us a look at Jon Ive’s secret design studio.

Check out the preview here