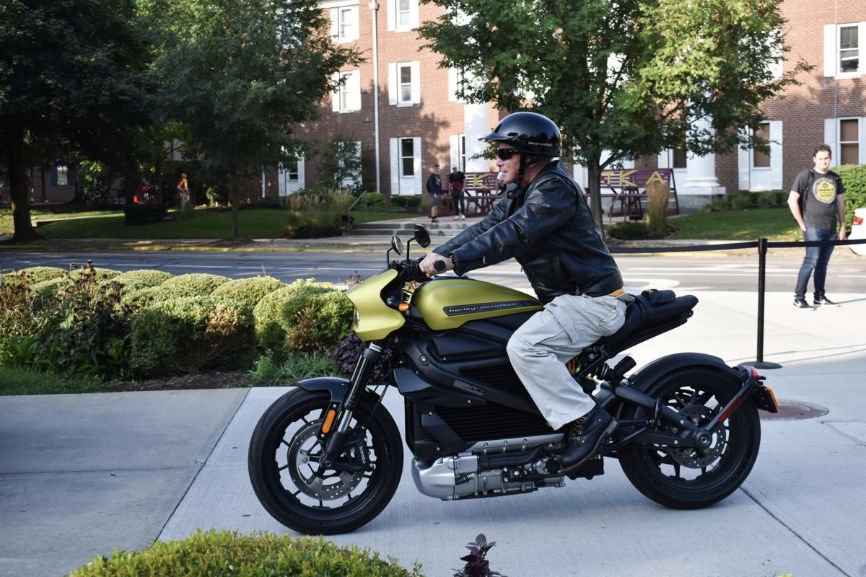 Not long ago, thinking of buying electric motorcycles were used to be considered a big deal because it was considered a novelty. Also, a very small number of independent motorcycle manufacturers were making an effort in dedicating resources to the promising technology as they were unaware of the outcome in terms of profit. However, the time does not remain the same, seeing its surging popularity, now the leading manufacturers like Triumph, Ducati, Honda, and Harley-Davidson are making their way to introduce their own electric motorcycle into the market.

With the passing of time, the concept of electric motorcycles is developing. The combination of the latest technology and performance has reached that point where these battery-powered bikes are considered as a feasible option as compared to the gas ones. Individuals are using these bikes for daily transportations as well as for long road trips. Although the market for electric bikes is not as vast as its counterparts still you will find a significant number of options to choose from.

Harley Davidson’s first electric bike in the market is the Livewire. The prices start at around $30,000. Its engine has a maximum power of 105 horsepower and torque 116 ft-lbs. The transmission is a clutchless single-speed. Battery type is lithium-ion that has a maximum capacity of 24 KWh, and charge time is 12.5 hours. When riding in the city, it covers 146 miles and the highway range is 70 miles. It is famous for its precision and well-rounded character in the driving experience.

The Cake Kalk won the award for its design and functionality as an off-roader and is also environmentally friendly. It is designed to promote performance as it is better at speed and can easily cope with the public roads. The size, geometry, materials use, and kinematics make for a lively, light, and exciting experience. The price starts around $13,000 and has one standard battery.

Zero has been manufacturing electric motorcycles for long and is one of the cool motorcycles, and it shows. It has brought into the market the new architecture, advanced battery and high performance, superior design, and finishing than previously designed Zero motorcycles. It also has a TFT display and Bluetooth connectivity to give an amazing modern experience. If we go on stats, it is one of the few electric motorcycles that compete for one on one with its gas counterparts.

In view of its naturally lightweight framework, this bike has a 107 kW (143 hp) motor with 200 N⋅m (150 lbf⋅ft) of torque (at low RPM), giving it a top speed of 240 kilometers per hour (150 mph). The motor is powered by an 11.7 kWh battery. Energica is one of the first manufacturers of electric bikes who solely focus on the track-day friendly bikes, and Ego is considered as the newest model. However, all electric models have a similar problem; the more you hit into that power, the quicker the battery drains, but Energica will surpass a few supper bikes on the track during the weekends. The price of the bike is around $22565.

As the name indicates, Lightning Strike is an electric motorcycle that has some impressive performance figures. It may look like another racer bike, but actually, it is more efficient than it looks. It has a 186 lb-ft of torque and a 20-kWh battery. On the highway, it covers 150 miles and 200 miles within the city. The price of the Lightning Strike starts at $19,998.

Vespa is one of the first manufacturers that has introduced two-wheeled into the market. It delivers an exceptional pick-up, easy and enjoyable riding. You can have 100km of uninterrupted riding, and that is because of its lithium-ion battery, which also includes a recovering energy system. In a nutshell, it is a silent and technologically advanced power unit. Also, keep in mind that it is the most affordable vehicle.

So given the above options available in the electric motorcycles, you can have the one that seems suitable to your needs and requirements. Every bike has its own specifications, but all of them provide great performance. You need to get the one that suits your budget range and not exceeds it.

Electric Motorcycles – Born To Be Wild

BikeElectricHarley-DavidsonMotorcycle
Previous ArticleAdvantages of Choosing Amber Student for Accommodation in LondonNext ArticleHow Can You Get Better At Brazilian Jiu Jitsu?