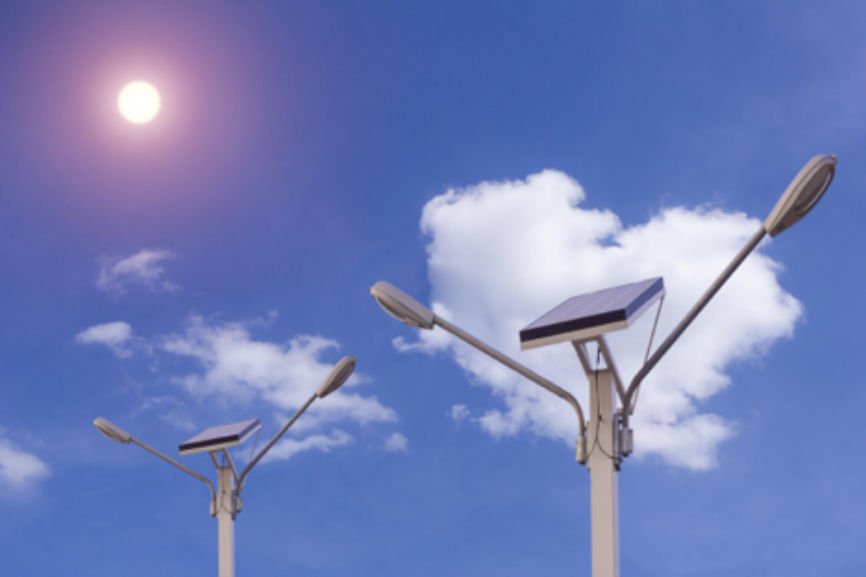 With global warming on the rise, there has been a lot of discussion around finding ways to reduce our collective carbon footprint. One of the biggest contributors to the overall carbon that enters the atmosphere is the use of fossil fuels to generate electricity. Fossil fuels may be developed and easy to access but they have adverse effects on the environment.

Solar pole lights are more sensible to look for alternate, renewable, and green energy sources. Solar power is one such option that can provide us with electricity for the streets and our homes, without harming the environment.  Vizona offers a variety of decorative poles for a variety of applications, including Heritage, Classic, Contemporary, and Ultra-Modern. If none of these styles are ideal for your project, the steel light pole manufacturers can assist you in creating something unique. Following are the benefits of shifting to solar street lights:

If you do not use solar street lights you are depending on the intricate system of long wires that gets the electricity from the powerplant to the street light. But there are a lot of losses involved in wire transmission. 8 to 15% of electricity is lost in the way across long distances. This percentage translates to many megawatts of electricity and hence thousands of dollars going down the drain. The best option is to use solar street lights that don’t need the cables and are hence not susceptible to transmission loss.

Since normal street lights depend on the electricity grid, the entire network of wires needs to be maintained. Moreover, not everyone can fix the complex issues of the electric power grid so professionals must be hired which is an extra cost. But with solar street lights, chances of issues are significantly less and hence they are easier to maintain.

There are a lot of risks with conventional street lights as they depend on a nationwide network of wires. One transformer malfunction or wire cut-off could leave an entire neighborhood in the dark for hours. It is a system that works but is not highly dependable. On the other hand, solar street lights are very reliable. It is not to say that solar street lights never have any issues, they do, but their issues are easy to trace and quickly fix.

One of the most common reasons for turning on street lights at night is safety. Illegal activities are less likely to occur in neighborhoods where all the streets are well illuminated and everyone has a clear vision of what is going on. One benefit of solar street lights is that they store the power during the day and use it to stay operational through the night. But another added benefit that provides enhanced security is that many solar street lights come with an attached CCTV camera. No extra power supply system is needed for the camera, it is powered by the street light’s own solar cells.

It is the need of the hour to be more environmentally friendly and adopt ways that reduce our carbon footprint. A great way to do that is to reduce the reliance on fossil fuel-generated electricity. The energy from the sun is renewable and does not have any harmful effects on the environment. Hence, using solar street lights will ensure a greener, more reliable, and easier to maintain, electric system.