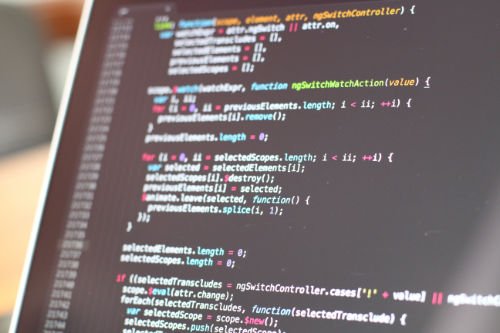 Photo by Taras Shypka on Unsplash

While the mobile app market is experiencing an all-time high demand with the small enterprises turning to mobile apps to gain more business and branding opportunities, the app developers are under tremendous pressure to deliver quality apps while keeping the deployment time to a minimum. Reducing deployment time is not only necessary to pace up the time to market or go live in the app market, but it is also a crucial aspect to keep the development cost low.

After an app is designed and programmed, it is time to test the app in the right environment and ensure optimum performance and output in real life scenarios it is meant for. Apart from the so-called testing tools and protocols, the development stack also impacts the deployment time and complexity to a great extent.

Here we are going to explain five crucial ways to reduce the mobile app deployment time in 2019.

Yes, the choice of technology stack for every mobile app development company is extremely important to deliver quality output while maintaining agility. The choice of technology stack has a significant bearing on the deployment. Some JavaScript frameworks that are equally capable of handling frontend and backend development with ease, will not only simplify the development process but will also reduce the bugs and coding issues.

The versatile NodeJS framework is a great example. Apart from the fast-pacing development process with the simultaneous building of server and client-side interface, NodeJS offers an array of sophisticated testing tools like Mocha, Chai, and SinonJS to test the apps meticulously with a streamlined process. Both React and VueJS as frontend frameworks offer well-equipped testing libraries for faster development and testing.

Automation tools gained massive importance in the context of mobile app development recently. Automation not only takes care of all the statutory and repetitive tasks for an app deployment process, it helps to streamline the process without any need for human intervention. Moreover, automation tools help in reducing human errors such as regression errors. With an automated script for the app deployment, you can ward off a lot of concerns at one go.

The testing automation tools help you testing an app script locally in the development environment. Running such a script has some distinct advantages. For example, with a script like this, you can run tests without going through all the steps. A clean script clearly shows the entire changes that took place in the place, and this helps to see the changed elements, the time of change and the rationale behind the change. Most importantly, just by clicking a single button the deployment can be initiated.

3. Detecting and Eradicating Issues Through Logging

Most apps running with issues actually end up having more issues as it keeps working. For any mobile app dealing with a lot of user data, this can lead to too many issues. But what happens if you can get hold of such potential issues just before they happened? Well, this can be the most scientific approach to prevent issues cropping up. Moreover, such an approach can also show the developers the way to address problems in various contexts. This is exactly what is done by Logging.

Logging the ways you solved specific issues and detecting the error patterns to prevent issues and problems can reduce the issues to a minimum. This also helps to build and deploy a better app least prone to coding issues. Logging allows finding typical patterns that can lead to development errors and issues.

4. Deploying Small Chunks of Code at a Time

When you build a large and complicated app with too many features and UI aspects, testing the entire app at one go can involve a lot of time and efforts. Such an approach can delay the app deployment considerably and make the project suffer. This is why it is more preferable to test small chunks of code pertaining to smaller units of the app concurrently throughout the development process.

It would be wiser to deploy the smaller parts of your app frequently. It is important to have a proactive approach to prevent errors from taking place continuously. As the expectations of the users reached an all-time high in terms of user experience and performance, small issues that keep happening, again and again, can finally ruin the prospect of the entire app. This is why it would be wiser to test the app before you make a lot of changes. Continue testing and proactively incorporating changes with small chunks of code every now and then.

Any developer knows how small fixes or incorporating new features can further add more errors and issues. Such regression of errors continues to happen as you fix bugs and errors. This obviously requires more work on the part of developers and more time before the app can be ready to go live in the app market.

If you can reduce the number of changes, you have to deal with lesser issues down the line and an overall measure; this will help to make your deployment process faster. This approach widely referred to as reducing regression rate is a time-tested measure to make the faster deployment. Both unit test automation and service test automation are two great ways to decrease the regression rate.

Faster deployment not only concerns the quicker time to market for an app, but it is also closely related to the streamlining of the development process and reducing the errors and issues with continuous and proactive testing.

More on this topic: The Best Ways To Utilize Artificial Intelligence In App Development